Three years in the making, the wind development at Spondon, Derby, has been given the green light to begin full operation. The project has involved the collaboration of East Midlands Airport, Severn Trent and Aveillant to successfully mitigate the impact of the wind development upon the Primary surveillance radar (PSR) at East Midlands Airport. The mitigation is one of few installed local radar fixes to counter wind turbine radar interference. 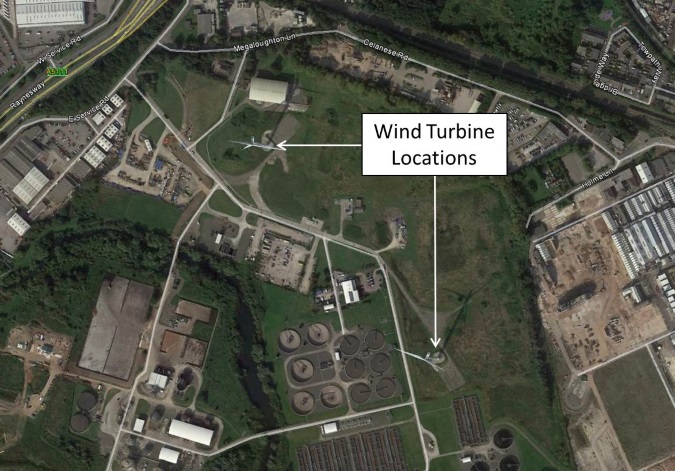 The wind turbines are also located 10km north west of East Midlands Airport. The relative location of the two can be seen in Figure 2[2] below. 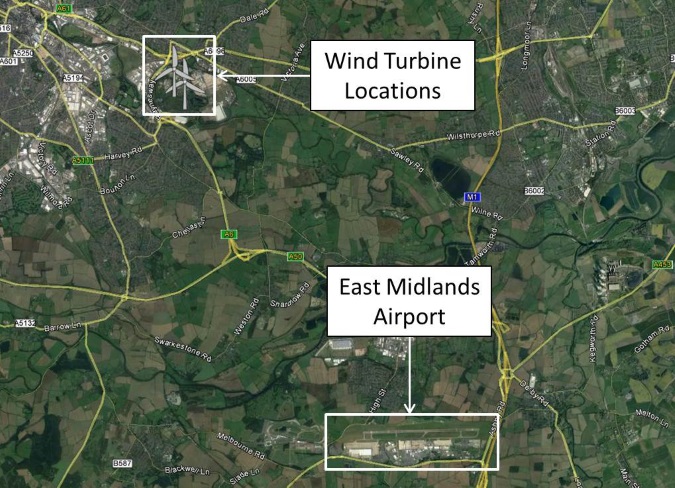 The wind turbines will be in line of sight to and have a technical impact upon the PSR at East Midlands Airport. This impact could result in clutter appearing on the radar operator’s screen which may be then mistaken as an unidentified aircraft. This, in turn, can create an increased work load for air traffic controllers which can result in the re-organisation of air traffic in the surrounding area.  The wind turbines were installed in 2013 however operation was not permitted until the impact upon the PSR at the East Midlands Airport had been fixed. The airport already has two operational wind turbines present immediately adjacent. The wind turbines can be seen in the video below.

The solution was to install Aveillant’s Holographic Radar which is a local in-fill radar located close to the wind turbines. The radar is able to identify and ignore returns from the wind turbines. This ‘unaffected’ feed is then patched through to the radar system at the airport, presenting air traffic controllers with appropriate radar coverage at the wind development’s location.

According to a press release from Seven Trent[3] ‘Following extensive testing and field trials Aveillant’s new holographic radar technology received approval from the Civil Aviation Authority (CAA) in 2016. Severn Trent and East Midlands Airport then worked together to develop detailed arrangements and procedures allowing operation of this unique technology.’

Following further tests in the coming weeks, which will see the turbines be switched on and off, the wind turbines will become fully operational and begin to generate enough electricity to power around 3,000 homes per year. Figure 4[4] below shows a photograph of one of the two wind turbines at Spondon. 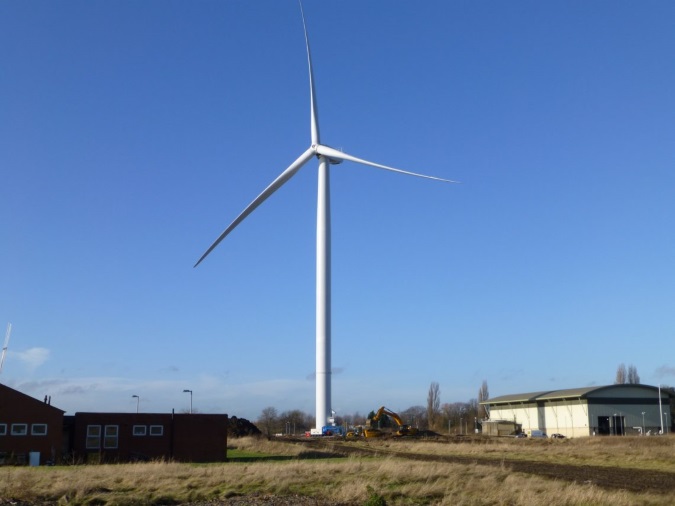 There are few examples of successful local in-fill radar mitigation solutions for wind turbines and this is truly a success for the technology. Over the past few years the future of the wind development was in question, however the wind turbines can soon begin full operation and begin supplying renewable energy into the local electrical grid.