Wind turbines interfere with airport and military radar systems so various companies are trying to fix the problem. There are at least 50 mitigation solutions that have reared their head at some point in the past ten years. 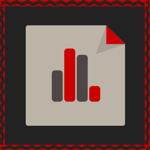 There are a number of radar mitigation solutions that can be considered for wind farms including:

Aveillant’s 3D Holographic Radar is an in-fill radar that is designed not to be affected by wind turbines. In this article we will consider: 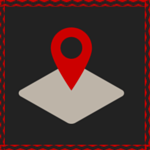 Conventional radar are typically installed at airports or on the tops of hills that have a good 360 degree view of the sky. The cheapest form of the Aveillant solution has limited range (compared to more expensive versions) and 90 degrees of coverage meaning that it is best located just beyond a wind farm’s boundary to give optimal coverage around the wind farm.

The new radar will need robust and secure siting, electricity supply and data communications services to ensure its integrity matches that of the radar system being mitigated.

The main differences between an Aveillant 3D radar and a conventional 2D radar (e.g. cSpeed and Terma) are shown in the table below: 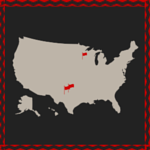 In July 2014 the US government publicised the results [1] of government trials comparing the performance of various wind farm mitigation technologies.

It published graphs comparing the technologies for flights above wind farms and also flights away from wind farms.

The two specific measures related to detection of genuine aircraft as well as the likelihood of displaying false returns. An inspection of the published results suggests that the Aveillant sensor is the best performer (not quite perfect) both in the presence and absence of wind turbines.

The main disadvantages are the potential requirement to host radar equipment on a new site and the fact that the system has no operational track record.  Key advantages of the Aveillant solution are ease of integration and the excellent technical performance demonstrated in the US Government trials.