Cyrrus has developed its Smartener™ system for eliminating the effects of wind turbines on radar. The system compares data from existing radar and known wind turbine positions to determine whether radar returns originate from aircraft or wind turbines. Aircraft returns are displayed whereas wind turbine returns are not.

Returns that appear near known wind turbine locations are also more likely to be wind turbine returns. Returns that are detected by Secondary Surveillance Radar (SSR) are certain to be associated with an aircraft.

Smartener™ has in-built logic that uses this knowledge to determine whether radar returns originate from wind turbines or aircraft. 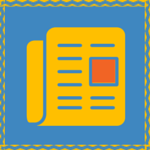 The technology can be useful at airports that have digital Primary Surveillance Radar (PSR) systems.

It is necessary for there to be a number of existing digital air traffic control radar surrounding the wind farm.

The system has not yet been used to mitigate any wind farm effects. It is understood that the system is being considered for mitigating the effects of a Scottish wind farm which would be detected by the radar at both Glasgow and Edinburgh airports.

Smartener™ is provided in a standard 19 inch rack mounting format so it can fit into existing equipment relatively easily. Like many systems, the most difficult thing to achieve is developing a safety case and implementing the mitigation in practice. Sourcing radar data and obtaining permission for its use is likely to be the most complex issue.

The system has been specifically developed for the following conditions:

There is no publicly available trial data to show how well the system works in practice.

The system is suited to large onshore wind farms which affect a number of airports having modern radar.

Proposed onshore wind farms in the central belt of Scotland could benefit. 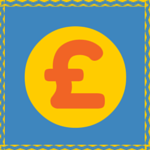 There could be significant costs associated with the acquisition, connection and licensing of radar data from alternate sources. 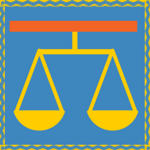 A patent application has been filed for this mitigation solution. It includes elements that are similar to three other mitigation technologies which are:

The similarities with these technologies are listed below:

Smartener™ has yet to be trialled in a live setting, and is likely to be most effective in an environment where multiple airports or air bases with their own radar are affected by wind turbines.