Aveillant are to use their 3D holographic radar system™ to mitigate the impact of two wind turbines upon the Primary Surveillance Radar (PSR) at East Midlands Airport (EMA).

The turbines, measuring 130m to tip, were installed in late 2013 and have since stood dormant for a long period of time because the technical effect upon the radar was not mitigated. The collaboration with Aveillant, EMA and Severn Trent Water, the developer, will now mean that the wind turbines can start turning full time once the mitigation technology becomes operational. 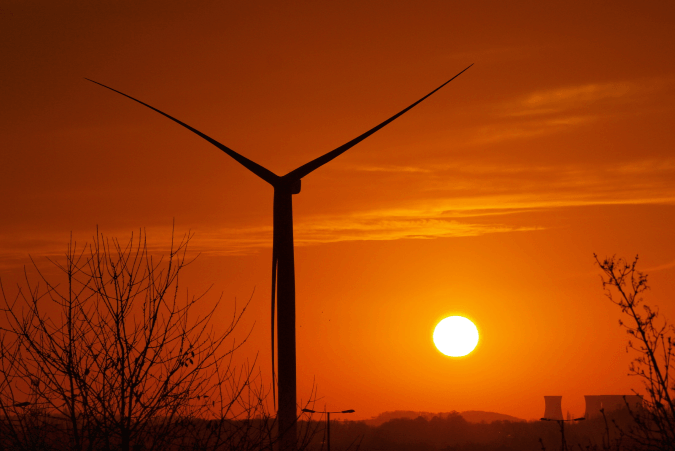 Unmitigated, the turbines will create clutter on the radar operator’s screen at EMA. During the winter months, when air traffic is least busy, testing of the turbines was allowed by the airport. However, during the summer months, when air traffic in and out of the airport increases, the location of the clutter will create an intolerable technical and operational impact for the Air Traffic Controllers.

According to reports [1], the wind turbines were constructed in order to gather data for the final 3D holographic radar system™ design and location. The radar system will be set back from the wind turbines to ensure coverage in the airspace above the two turbines. The radar data will then be patched into the radar feed at EMA. Construction of the holographic radar infrastructure is now underway.

It is currently unknown when the mitigation will be completed and signed off however one would expect it to be completed within the year. If successful, the implementation of the Aveillant 3D holographic radar system™ will be the first commercial deployment of its kind which will hopefully lead the way for overcoming more radar based objections in the UK and internationally.

In previous news articles, we have discussed how the Aveillant 3D holographic radar system works  and of previous successes for the technology at Prestwick Airport.