When using digital elevation models data we often come up against terms like DEM, DTM, and DSM. Often they can be confusing and also misinterpreted to mean the same thing. In this article we attempt to quickly explain what each terms means and hopefully help clarify some key points. 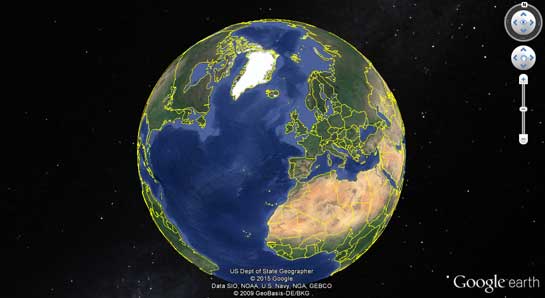 A DTM is a DEM that represents the elevation of the bare earth without taking into account any overground features (e.g. trees, buildings). An example of a popular DTM in the UK is the Ordnance Survey’s 1:50,000 Panorama which provides bare earth heights at 50m regular spacing points.

A DSM is a DEM that represents the elevation of the surface a remote sensing system will first meet (i.e. when aerial photography is undertaken the top of a building, forest, etc.). Thus, the resulting DSM includes the elevation of the bare earth terrain plus the natural (e.g. trees, shrubs) and man-made features (e.g. buildings).

An example of a DSM is the NASA’s Shuttle Radar Topography Mapping (SRTM) mission, which covered about 80% of all the Earth’s land (approximately 3 arc seconds ≈ 90m spacing irregular points).

It is useful to know the height of vegetation so that its effects on radar and radio coverage can be predicted. This presents a number of challenges because:

In practice DSM data does include trees but often only part of their height. For example a woodland having a maximum height above ground of 12 metres might appear to have a height of just 6 metres in a DSM dataset. It is therefore important to treat DSM data for wooded areas with caution.

Where we use DEMs

DEMs are used in all sorts of applications ranging from mobile phone apps, to Google Earth, satellite navigation applications to civil engineering and radio planning.

At Pager Power we use DEMs for our day to day analysis requirements. A few examples follow (the list is not exhaustive):

Where do you use DEMs? Let us know by leaving a comment below.