The noise pollution produced by a wind farm can become a problem for local communities, developers and sponsors. While for local communities the noise can have severe negative effects on people’s sleeping pattern, psychological and physical health, for developers and sponsors this issue can generate loss in energy produced and therefore revenue. The World Health Organisation (WHO) has suggested that noise limits should be set at 55dB during daytime and 40dB during night time, however different countries implement different limits[1]. 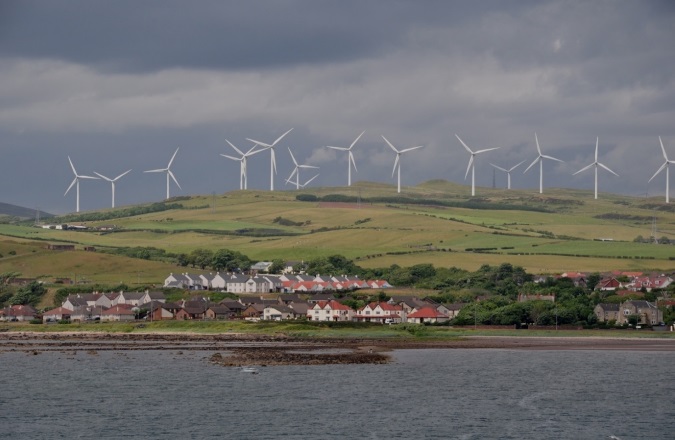 Wind turbine noise levels typically drop below the limits stated by the WHO within 400m from the turbine. However, it is known that wind and temperature gradients might affect its propagation. Specifically:

Where noise is generated in a wind turbine

There are mainly two sources of noise in a wind turbine:

While the noise produced by mechanical sources can be easily reduced with insulation in the nacelle, the problem related to noise generated by the aerodynamic sources is more complex. The aerodynamic noise is produced by the blade and studies show that it is located near the tip of the blade and can be heard only during a downward movement of the blade[3]. Tendentially fix-pitch wind turbine are noisier, especially during start and stop, while pitch-controlled are not.

Since aerodynamic noise intensity is proportional to the blades’ speed of rotation, one of the current strategies is lowering the rotational speed (curtailing the turbine). Also, the noise is dependent on the angle of attack of the blade. For angle of attack values close to 0, the noise produced is limited. However, for this operating condition, the blade will not generate enough lift, which again will have negative effects on the power output.

Lately companies have started looking for different strategies in order to suppress noise without affecting the power output. These strategies have been inspired from the owl’s feathers and consist in the modification of the airfoil at the trailing edge.

Despite it seeming that in the future the noise produced from a wind turbine will be reduced without affecting the power output there is still no methodology to estimate the losses due to noise curtailments. This results in a problem for the developers which must provide clear information on the proposed wind farm’s energy production (annual energy production’s probability of exceedance P90 P95) to the sponsors and are not able to forecast potential energy losses. Also, sponsors will see a reduction in the revenue from the site and a slower return in their investment.

Andrea is the newest member of the Pager Power team. See below a little more information from Andrea himself about his expertise in the area of wind turbine noise.

During my academic career I have studied the issue of wind turbine noise and how it is generated. A great part of my analysis focused on the noise produced by the blades and how new designs can help mitigate the issue. Furthermore, after an internship with a wind farm developer in France, I created software to predict the noise propagation (considering the upwind and downwind condition) of any desired wind farm, and to estimate the annual energy production losses under any particular noise pollution regulation.