Glasgow Airport has recently commissioned a new radar system to mitigate the effects of the onshore Kype Muir wind farm near Strathaven in central Scotland. The system, supplied by Terma, is designed to distinguish between aircraft and wind turbine returns. This allows aircraft overflying the wind farm to be displayed without interference from the Kype Muir turbines. 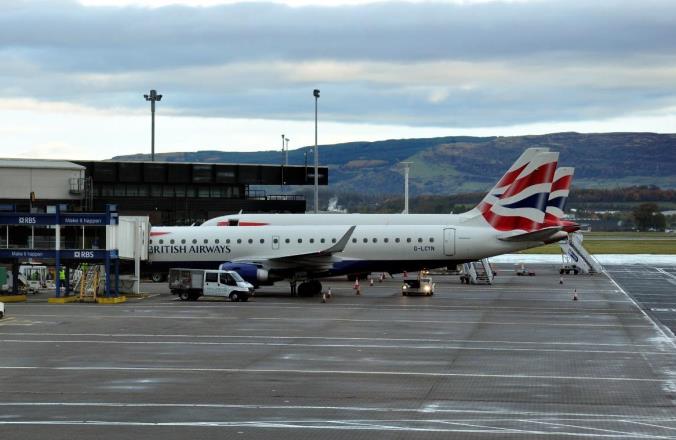 Kype Muir has been developed by Banks renewables and consists of 26 wind turbines having a maximum output of 88.4 Megawatts. The wind turbines are within radar line of sight of the Primary Surveillance Radar (PSR) at Glasgow Airport which means they are likely to cause false return on air traffic controllers’ radar displays.

The turbines are located in South Lanarkshire to the south east of the Whitelee wind farm whose effects on Glasgow Airport are mitigated using the Kincardine radar.

Wind farms affect radar and cause returns that are similar to those of aircraft. Mitigation requirements are that aircraft overflying the wind farm are displayed whilst the wind turbines themselves are not.

The general principle employed for Kype Muir, and other wind farms in central Scotland, is to blank the effected radar and to provide radar data from an alternate unaffected source. In the case of Kype Muir this alternate source is a new Terma radar at Glasgow Airport.

The Terma radar has in-built capabilities to detect and display aircraft returns whilst rejecting, and therefore not displaying, returns from wind turbines. The Terma radar can mitigate wind turbines even if they are in line of sight – unlike other conventional radar – such as the Kincardine radar.

The radar is located at Glasgow Airport which enables a good integration of its data with that of the existing radar. This is because slant-range errors, which arise due to aircraft altitude, will be similar for both the existing and the in-fill radar.

How does Terma work?

The Terma radar is a conventional radar which has a high specification and performance which enables it to successfully distinguish aircraft and wind turbine returns. Specific features that allow this to occur include:

Pager Power have been assessing wind farm radar interference issues in Scotland since 2002 and are able to advise on the wide range of available mitigation solutions available for onshore and offshore wind farms. For more information please contact Mike Watson on 01787 319001.