NATS operates a network of radar that allows it to control and monitor air traffic across the United Kingdom and its surrounding waters. As a result of the Hornsea wind farm appearing on its screens unexpectedly it is revising its wind farm assessment process. 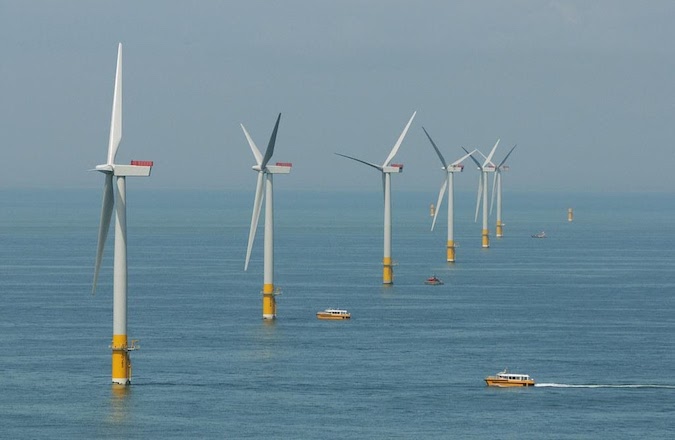 What is the science behind this?

Radar uses radio signals that are transmitted to and reflected from aircraft. Simplistically aircraft that appear above the horizon are seen and ones that are below the horizon are not. Radar propagation is affected by the atmosphere because signals travel more slowly in lower denser air than in higher less dense air. This means that signals tend to bend around the Earth which means the radar can “see” over the horizon. This bending effect is known as refraction.

In some weather conditions, over the sea, additional bending can occur due to abnormal climate conditions. This can result in wind developments that are normally hidden from the radar becoming visible as the level of refraction increases.

What does this mean for wind farm developers?

This is likely to mean two things which are:

There is no doubt that these abnormal refraction effects occur occasionally resulting in offshore wind farms affecting a radar when normally they would not.

This should be balanced against the fact that this issue does not appear to have had a significant impact until the end of 2019 by which time the United Kingdom had 8,113 Megawatts of offshore wind generation installed and operational.

Abnormal refraction effects occur and they can have occasional significant impacts on radar users.

Can these effects be modelled?

Refraction effects are normally modelled using what is known as “standard refraction” which is also known as the “four thirds earth model”. The level of refraction is sometimes referred to using the value k with k typically being 1.33 when modelling standard refraction.

In practice refraction effects vary – particularly when there are long paths over water.

Whilst radar visibility calculations are usually undertaken with k set to 1.33 this value can be changed to model atmospheric variations.

Does this issue affect building developers?

This issue may affect developers of offshore wind farms. It is unlikely to change how NATS assesses building developments.

Pager Power can undertake modelling to determine whether a proposed wind farm is likely to impact radar. These variations in refraction over water can be accounted for in these calculations. For more information about Pager Power’s NATS assessments please get in touch.