NATS (formerly National Air Traffic Services), the leading provider of air traffic control services in the UK, has been trialling the use of artificial intelligence as an aid to air traffic controllers. Such trials seek to use it to fulfil the role of air traffic control, using natural language processing to interpret the words of pilots before processing these and giving the pilot instructions. At the moment these instructions extend to giving pre-departure clearance when the pilot requests it. The scope of said pilot interaction is expected to increase however, so that eventually air traffic controllers who use the system will not ordinarily communicate directly with pilots, relieving them of this part of their workload. 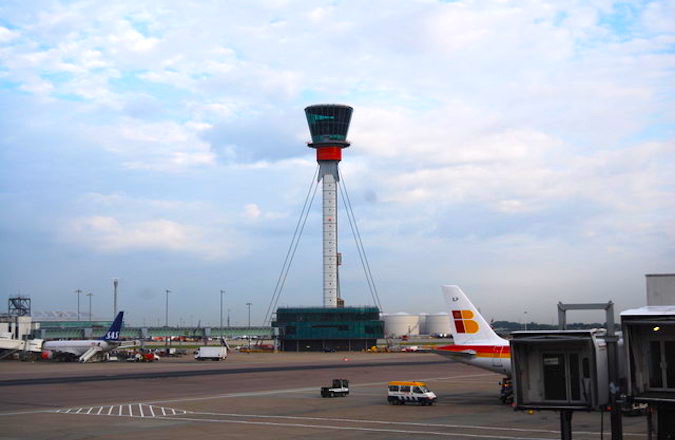 This technology is being developed by Searidge Technologies and is called Aimee. It learns from events that occur at the airport and can recognise patterns. Using this it can figure out a protocol for giving out instructions to approaching aircraft. The considerations that have been taken whilst designing Aimee are wide ranging. In particular, the location of all aircraft, other vehicles and obstacles must be known at all times, with input data coming from a range of sources including cameras and air traffic control radio communications, which then needs to be unscrambled in order for the system to learn patterns and make decisions.

What are the Advantages of Such a System?

Advantages of using artificial intelligence include the fast processing speed, with the computer being able to spot and react to changes faster than human air traffic controllers. Furthermore, the computer is able to learn from experience and thus detect potential problems before they are unsafe, improving both the safety and the efficiency of the airport which uses it. At Heathrow Airport, the system is already being trialled to overcome inefficiencies caused by excess cloud cover and low visibility from the air traffic control tower. The system is also being trialled at multiple other airports worldwide, primarily in the US, Canada, EU and the Middle East.

What are the Complications?

There are complications however, and as a result of these the system is not considered to be a substitute for human air traffic controllers.  Responsibility over the running of the system and the management of unprecedented events will always fall to them. Among other things, the system is required to direct aircraft to follow complex instrument flight procedures and successfully identify and navigate both fixed and moving obstacles including structures and trees near the aerodrome, as well as ancillary vehicles on the ground and other aircraft.

Pager Power undertakes technical assessments on behalf of developers, which include assessing whether a proposed development infringes instrument flight procedures and would cause a problem for said technology. For more information about what we do. Please get in touch.