Why fixes to wind farm radar interference are tough

Why fixes to wind farm radar interference are tough

Back in 2005 I had a call from a German developing a wind farm in Yorkshire because the RAF was objecting to his wind farm. This was because it was predicted to impact two of its radar. He was exasperated and would not accept the reason for the objection. Wind turbines and radar co-exist all over the world – look at Germany – look at Denmark. Radar are super advanced now – there is advanced processing – software solutions – 3 dimensional radar – surely any problems can be resolved technically.

A couple of years later in Chicago I was being told “I’m sorry Mike but soon you’ll have no more work – because we have the mitigation solution”. Ten years later we are still assessing, advising on and resolving wind farm radar interference issues.

The organisations that operate radar are charged with making our airspace safe and secure. They naturally reject anything that could potentially make our airspace less safe or less secure. Radar operators’ input to the approval, or otherwise, of wind farms is important. 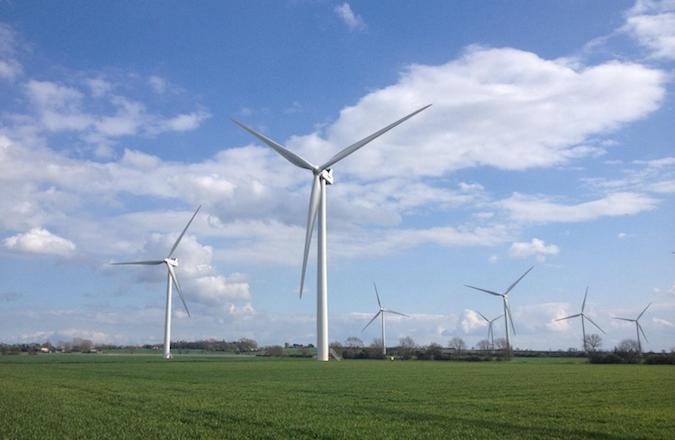 What could the answer be?

So the question is why is it such a big issue – especially given that some countries don’t seem to have a problem and that technology and the solutions on offer are continually advancing.

Consider a wind farm that might be an occasional nuisance – but not a big issue. If the operator is asked “Please confirm this wind farm will not be an issue” they are likely to err on the side of caution and reply negatively. If the operator is asked “If you believe the impact of this wind farm will be unacceptable please provide a detailed operational and technical assessment justifying your objection” they are less likely to objection.

The wind farm radar issue is big in the United States; the United Kingdom and France who are all members of the UN security council and have high military spending. The issue is much smaller in Germany, Denmark and Italy where military spending is proportionately less.

Some radar are more affected by wind turbines than others. If a particular country has a lot of radar that are susceptible to radar interference and another country has radar that are more wind farm tolerant then the country with the less tolerant radar is likely to raise more objections.

Modifying Radar is Complicated and Expensive

Making modifications is expensive and requires regulatory oversight and approval – in the case of civil radar via a four part safety management process. This also makes modifications time consuming. Radar operators are therefore naturally reluctant to implement changes to their radar systems unnecessarily.

There are a number of reasons why wind farm radar interference remains a big issue. These generally stem from the fact that accommodating wind farms is not a radar operator’s top priority. Having said that we have encountered many professionals within civil and military organisations throughout the world who are very good at managing the wind farm radar issue.