The number of commercial flights seems to have bottomed out at around 28,000 per day which is just under a quarter of the 110,000 figure at the end of January. Eventually commercial aviation will start to recover – we look at some of the changes we are likely to see in the early days. 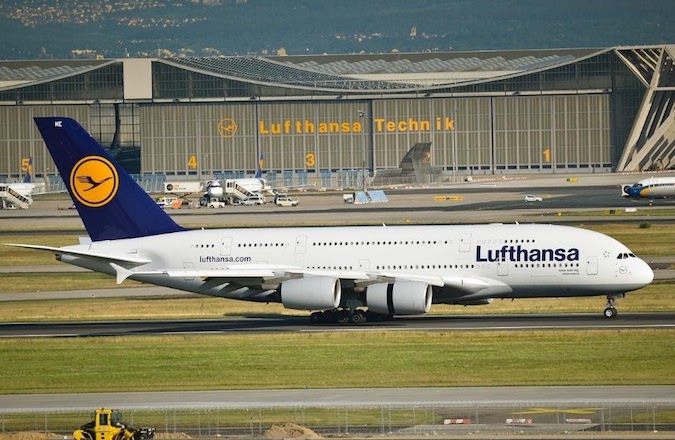 Social distancing rules require we keep 2 metres away from people (in the US, the distance of separation required is slightly less than 6 feet) to minimize the risk of catching Coronavirus. In economy spacing between aircraft seats is typically 76 centimetres from one row to the next with seats being 46 centimetres wide.

To achieve 2 metres separation between individual passengers most seats will have to be empty with fewer than 1 in 6 seats being useable. This may not be economically viable – but what is more realistic is that middle seats will not be used (in rows of three) – thus reducing capacity by a third and increasing passenger space. Ryanair has announced it will not resume flying if it cannot sell its middle seats – however.

Airport bars and restaurants may be closed and the range of food and drinks served on planes will be limited – so passengers are being encouraged to bring their own food with them. Food will not be prepared on planes and will be pre-packaged where it is available.

As well as those queues for security and immigration checks we will also start to see health checks both on departure, at transit airports and on arrival. These could include questionnaires, temperature checks and virus testing. Those who fail the checks may be asked to turn back or to enter quarantine.

When will flights start again?

No-one really knows. Many flights are bookable in June. Some of the press are talking about flights being available “from July”, some “late summer” and some “back to normal towards the end of the year”. Our guess is that the worldwide volume of flights will remain below 30,000 until the end of April reaching 70,000 by the end of July with some form of normality returning in early 2021.

Pager Power helps developers resolve technical issues that may block their development during the planning process. For more information please call us on 01787 319001.

New Quarantine Rules – Are They Too Late?