Pager Power has been conducting television baseline surveys for building and wind developments since 2008, and over this time the team has visited places all over the UK and Ireland. From Loch Ness to the Cotswolds, from the Isle of Wight to Galway.

Manchester has become a common destination for surveying due to the rapid development of high-rise towers in the city centre as well as smaller commercial and residential units.

In this article we give a brief overview of our experience surveying in Manchester, the typical planning condition and what we have learnt along the way.

Planning Guidance and Conditions in Manchester

Manchester City Council often request an assessment of the impact upon television services due to  new building developments. There are two documents which outline the requirement for assessing for television interference:

The relevant text from each is presented below and highlighted bold.

From the validation document:

If the Proposal is a Tall Building, it may requires (sic) an Environmental Statement, as it would have the potential to generate significant impacts over and above the existing use(s) on site. Most notably impacts relating to visual impact; wind microclimate; sunlight/daylight/shading/solar dazzle/privacy and overlooking; transport issues; noise and vibration; air quality; ground conditions and contamination; water resources hydrology; radio and television interference; and sustainability. (Core Strategy Policy EN2)’

Further information on what is considered to be a ‘tall building’ is presented within the Core Strategy Development Plan Document, specially Policy EN 2, presented below:

Tall buildings are defined as buildings which are substantially taller than their neighbourhoods and/or which significantly change the skyline…’.

A typically word planning condition from Manchester City Council is presented below.

‘1) Before the development commences, studies containing the following with regard to television reception in the area containing the site shall be submitted to and approved in writing by the City Council as local planning authority:

There are slight variations on this condition, however this is just one that we have encountered. 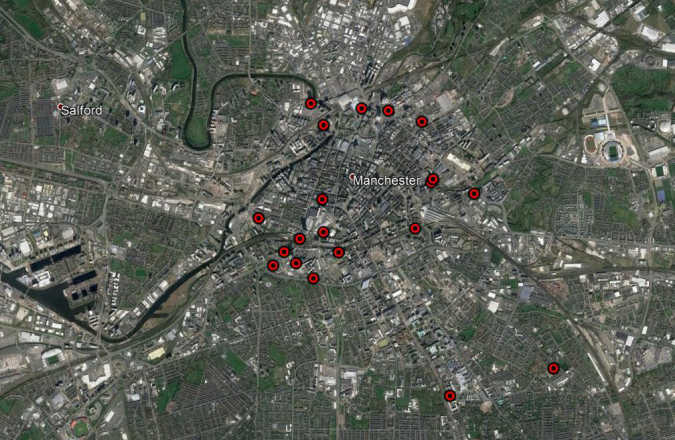 Figure 1: Locations where Pager Power has surveyed in Manchester

Figure 2 below shows a member of the Pager Power team conducting the post-construction survey for the Owen Street development in central Manchester (now known as Deansgate Square). 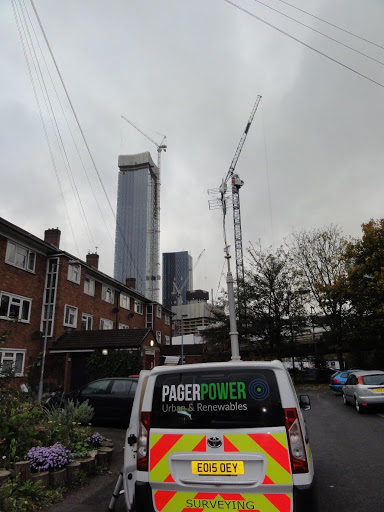 The standard survey procedure is as follows:

Further detail can be found here.

Pager Power conducts baseline and post-construction television surveys all over the UK. A survey may be required where large building developments or wind turbines are to be erected and coverage of the television transmitters may be affected. If you have the requirement for a television reception survey or if you have any questions or concerns, please get in touch and we would be happy to answer any questions and provide a quote.