Aviation constraints are a well-known adversary for wind developers in the UK. Issues are generally associated with large airports equipped with radar and other equipment. However, small unlicensed airfields can be affected by wind developments.

Small airfields are often very valuable to their local community and their objections are taken seriously by planning authorities in the UK.

The issues raised by smaller airfields can differ from those raised by larger licensed aerodromes. An overview of the differences is given below. 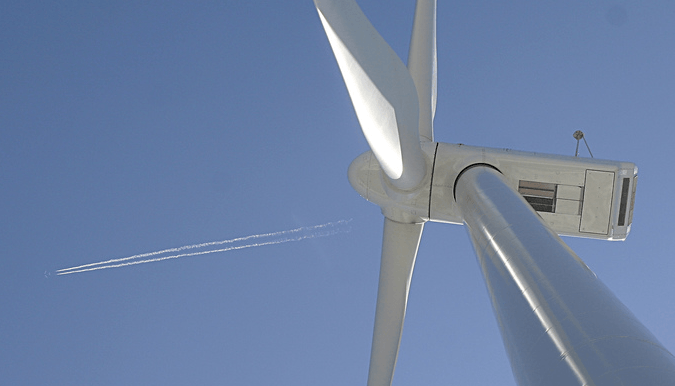 Licensed aerodromes are safeguarded against physical obstructions by assessment of Obstacle Limitation Surfaces. These are imaginary planes are described in the Civil Aviation Publication (CAP) 168 [1]. In the majority of instances, these surfaces must not be breached by any structures, including wind turbines.

Unlicensed airfields are not formally safeguarded in the same way, although the potential risks associated with nearby large structures are similar. CAP 764 – CAA Policy and Guidelines on Wind Turbines [2] states that:

“…operators of unlicensed aerodromes … should take steps to protect their locations from the effects of possible adverse development … Local planning authorities are asked to respond sympathetically to requests for non-official safeguarding.”

The same publication goes on to provide the following distances within which wind developments might have an impact on civil aerodromes – the document states clearly that these are not definitive:

This can lead to a variety of concerns that are less typical for larger airports, for example wind turbulence or the location of an obstacle at a location that is frequented for a particular exercise.

Small unlicensed airfields are often used for training new pilots. This can lead to more caution with regard to potential impacts on the basis that the pilot will be less experienced. This issue is noted within CAP 793 [3] which states that:

“…where flying training is taking place additional safety margins should be considered.”

The document does not quantify what the additional safety margins should be, most likely because these will be sensitive to each particular case.

Small unlicensed airfields can be legitimate and influential objectors to wind developments. It is advisable to keep this in mind at the scoping stage. It is recommended that developers:

What are your experiences with wind development and small airfields? Have you had concerns raised that we haven’t mention? Leave us a comment below. We would like to hear from you.