To define and calculate each declared distance, we must first look at what is meant by a clearway, stopway, and displaced threshold. Each definition has been taken from ICAO’s Annex 14:

The definitions of each declared distance, also defined by ICAO, are presented below:

An illustration of the declared distances taken from Annex 14 is shown in Figure 1 below. 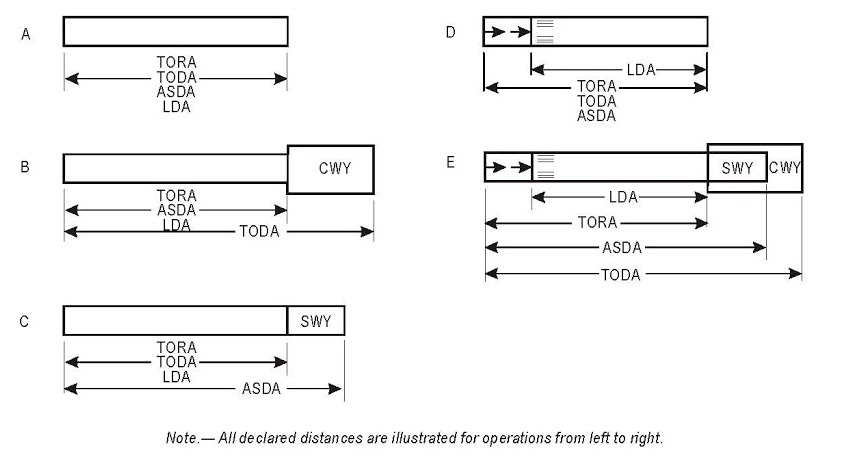 The declared distances in metres for Runways 10/28 and 14/36 at Dublin Airport are presented in Table 1 below. The information has been taken from the Irish Aerodrome Information Publication (IAIP).

It is essential that a pilot is aware of the published runway declared distances as well as the operational requirements of their airplane to safely leave or arrive at an airport. It may seem intuitive that the entire length of the runway can be used for all operations however, as we’ve seen from the example of Dublin Airport, this is not always the case.

Pager Power uses runway declared distances to accurately construct Obstacle Limitation Surfaces to undertake Physical Safeguarding Assessments. Undertaking a physical safeguarding assessment is vital in understanding whether a building or wind developments can pose a physical collision risk for an airport. For more information please call us on 01787 319001.