Buildings and structures can present a collision risk to aircraft using particular airports. Airports and airfields are often consulted regarding developments in their vicinity. Aerodrome Safeguarding Assessments can be undertaken for civil airports, military airbases and smaller airfields. 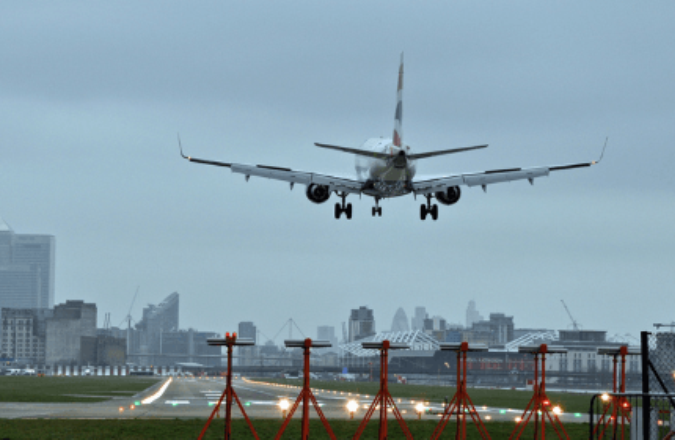 Airports are protected from surrounding development by a system of Obstacle Limitation Surfaces (OLS). Tall buildings and structures that breach these surfaces are often unacceptable whereas structures that do not are usually acceptable. The main surfaces are the Approach Surface; the Take Off Climb Surface (TOCS); the Inner Horizontal Surface (IHS); the Transitional Surface; the Conical Surface and the Outer Horizontal Surface.  This article focuses on the Transitional Surface which is perhaps the least well understood of these surfaces.

The image below shows the surfaces for a typical single runway aerodrome. The Transitional Surfaces are shown West and East of the runway in green. 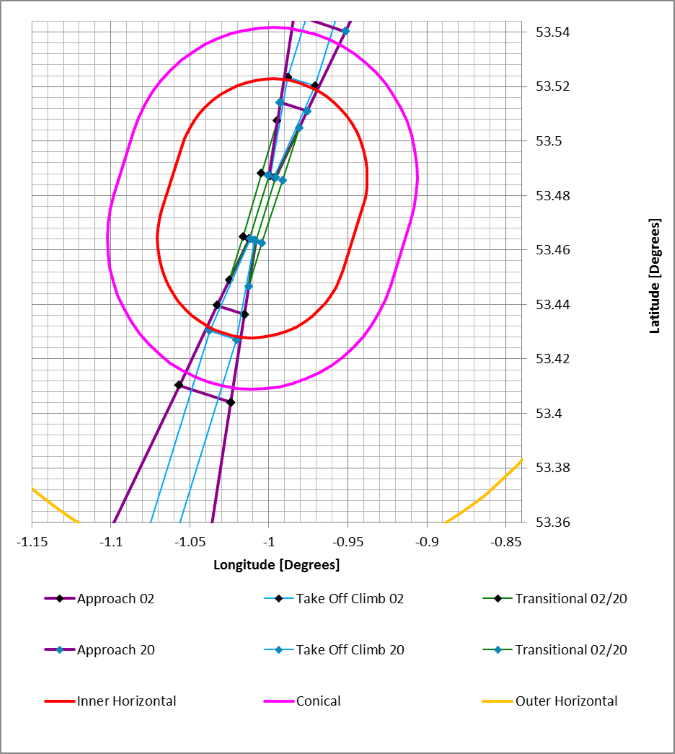 The other five surfaces are described in our earlier article here.

The purpose of the transitional surface is to safeguard against development between (1) the edge of the runway; (2) the approach surface and (3) the inner horizontal surface. The exact horizontal and vertical position and boundary of the surface can become quite complex because:

The CAA definition of the Transitional Surface is:

Transitional surfaces are established for every runway intended to be used for landing.

The slope of the transitional surface is measured in the vertical plane above the horizontal, and normal to, the centreline of each runway. Where the runway code is 1 or 2 and has a non-instrument or non-precision instrument approach, the slope is 20% (1:5). For all other runways the slope is 14.3% (1:7).

The elevation of any point on the lower edge of the surface is:

The outer limit of a transitional surface is determined by its intersection with the plane of the inner horizontal surface.

The Transitional Surface in practice 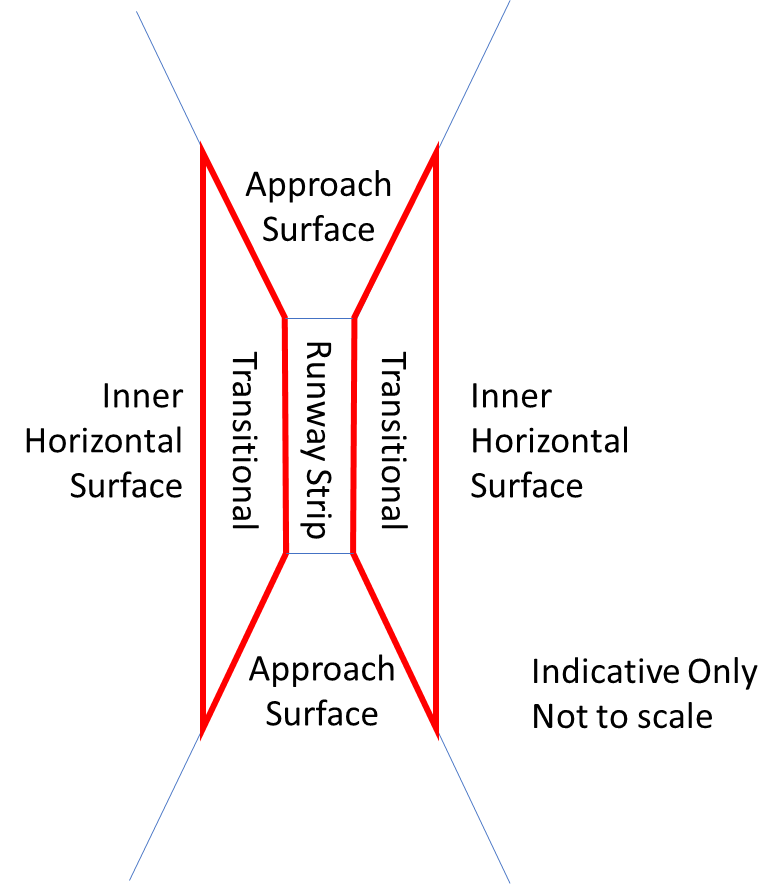 When a runway is flat the sides of the physical runway, the runway strip and the transitional surface are all parallel to each other. This is not the case, however, when the runway has a slope. In this case the outer/upper edges of the two transitional surfaces diverge away from the lower runway end and converge towards the higher runway end. This can result in Obstacle Limitation Surface diagrams appearing irregular.

If you require further information regarding Aerodrome Safeguarding please feel free to contact us  on +44 1787 319001 or visit our website.