What is an Instrument Flight Procedure?

An Instrument Flight Procedure (IFP) is a set of instructions regarding navigation around aerodromes. There are two basic types, one using precision instruments and one using non precision instruments. The advantages of these over visual procedures are that approaches and departures can be regulated a further distance from the aerodrome before pilots can see the runway, allowing for easier and safer management of air traffic. Precision IFPs are typically found at larger aerodromes within the UK. Among these there are Instrument Landing Systems (ILS), which have localisers found before the landing threshold, and radar based systems such as Precision Area Radar (PAR).

Smaller aerodromes will more likely have non precision approach procedures. Depending on the system used the position of the aircraft is calculated based on distances and bearings from certain localisers, radars or beacons. Non Directional Beacons (NDB) and VHF Omnidirectional Ranges (VOR) are examples of these, and aircraft can tune into their frequencies to help determine their location. 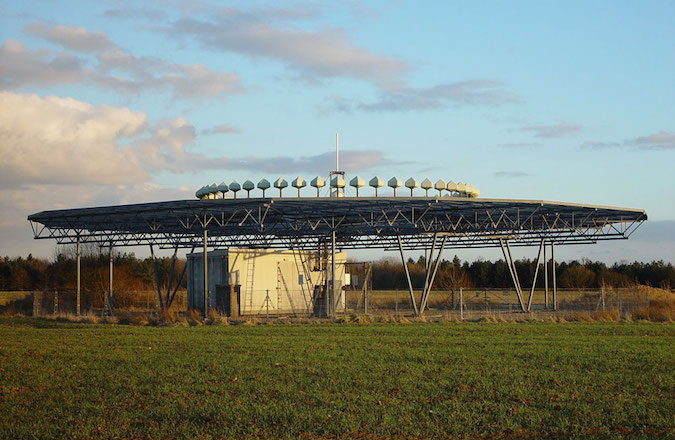 How is an instrument flight procedure laid out?

An IFP comprises numerous segments for both take off and landing. The exact specification of these varies according to the type of procedure, and navigational aids used, although there are some recurring themes. The approach generally includes an arrival segment, which outlines the route further away from the aerodrome, before an initial approach, which prepares the aircraft for its entry into the aerodrome. Here there are a number of options including racetrack, reversal or other turning procedures, but the idea is that at the end of it, the aircraft is approaching the runway almost head on, if not exactly. This is followed by an intermediate approach and a final approach which establish the aircraft at an altitude and then guide it in along the runway centreline. A similar principle follows for the departure, and here no turns are allowed before a certain height, at which points turns can start. There are also options for limits on height within a certain distance of the aerodrome (Minimum Sector Altitude) and for circling.

How is Pager Power involved in all of this?

Alongside the Obstacle Limitation Surfaces (OLS) and the Obstacle Free Zone (OFZ), it is one of the main things to consider when wanting to build a tall building near an aerodrome! Within the design of IFPs, rules are set out regarding obstacle clearance, to ensure the necessary safeguarding of these procedures. Pager Power currently has a method of modelling obstacle limitation surfaces and is making significant headway in finding a way of modelling IFPs in a similarly detailed manner. IFPs are one of the most complicated elements to consider when wanting to build a structure near an aerodrome, as one has to consider where the obstacle is in relation to multiple stages of multiple flight paths for multiple types of aircraft. Performing of a full detailed IFP assessment is something which Pager Power plans to be able to do by the end of the year.  As it stands, Pager Power already undertakes basic IFP assessments to determine whether proposed developments will adversely affect IFPs.

For more information, please contact us at Pager Power.