Television and radio services are broadcast in various ways. Among them are wireless broadcasts from terrestrial transmitters and satellites in geostationary orbit. Building developments can interfere with these transmissions causing interference in their vicinity, creating a nuisance for viewers of the television services. 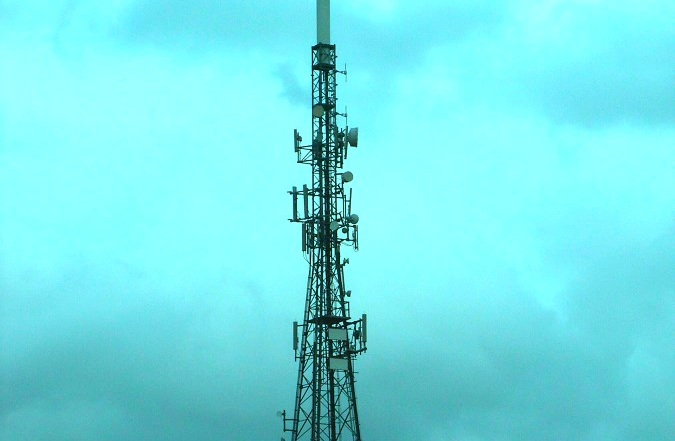 Building developments can cause a problem by blocking and/or reflecting wireless signals. The most significant interference mechanism for television and radio services is blocking of the signal, weakening the reception in the shadow zone.

Whether or not interference will noticeably manifest at an individual address is sensitive to many parameters. For television, these include the type of aerial, its orientation, the quality of the connecting cables, the presence of nearby obstructions such as trees and chimneys. For radio services, these include the transmitter providing the service, the quality of the radio and the position/type of aerial receiving the signal.

However, the general areas where interference is most likely are reasonably well understood. Ofcom, the UK regulatory authority for broadcasting, published guidance[1] in 2009 that sets out a methodology for defining reflection and diffraction (blocking) zones for building developments with reference to terrestrial television, satellite television and radio as appropriate. The interference zones can be modelled based on building parameters and transmitter locations. 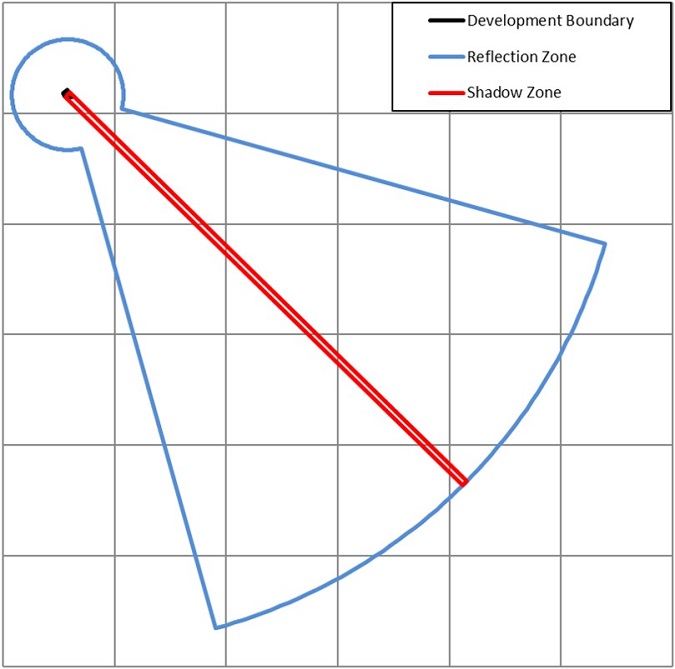 In principle, any new structure can impact signals in its vicinity. In practice, effects are most likely for large developments. The Ofcom guidance on the topic states that:

In the case of new building developments, a simple rule of thumb that can be used as an initial assessment of whether a new development might cause a reception problem is the ‘rooftop test’. In simple terms, if the proposed development is of a similar height to the surrounding buildings it is unlikely to have any effect upon signals in the neighbourhood.

On the subject of radio services, Ofcom advises that:

Although reports of new structures causing problems to radio reception are rare, the possibility of difficulties cannot be ruled out entirely. Broadcast radio (FM, AM and DAB digital radio) are transmitted on lower frequencies than those used by terrestrial TV signals. Lower frequency signals tend to pass through obstructions more easily than the higher frequency TV signals, and diffraction effects also become more significant at lower frequencies. Both these factors will tend to lessen the impact of new structures on radio reception.

When proposing a new development that comprises multiple storeys, or is taller than buildings around it, television interference should be considered. Effects on radio can also be assessed, although impacts are less likely in practice.

It is recommended that the interference zones are modelled for terrestrial and satellite television. Where receiving aerials are located within these zones, it is best practice to conduct a baseline reception survey within the potentially affected areas. This allows a more accurate estimate of the potential impact and facilitates a before and after comparison in the event that interference is reported.

Television/radio interference is rarely a ‘show-stopper’ for a building development. However, failure to address the issue can cause costly delays to the planning process.

It is generally the case that if adverse impacts to reception are experienced due to a new building, alternative sources of coverage can be provided. The optimal solution needs to be assessed on a case by case basis. Common options include improvement or adjustment of the receiving equipment, or provision of services via an alternative technology (for example switching from terrestrial to satellite or cable).

Pager Power has been conducting television and radio interference assessments since the early 2000s. The company has assisted in overcoming interference issues for numerous projects (see our projects page for more information). If you wish to discuss any of your existing or upcoming projects, please do not hesitate to contact the team.

[1] Ofcom (August 2009), Tall structures and their impact on broadcast and other wireless services (https://www.ofcom.org.uk/__data/assets/pdf_file/0026/63494/tall_structures.pdf), Ofcom