Developers have a lot of balls to juggle when it comes to submitting a planning application, particularly for large or complex schemes such as high-rise buildings or renewable energy developments.

In countries the world over, it is necessary to demonstrate that adverse impacts have been dutifully considered and remedied one way or the other. Broadly, issues fall into three categories:

It is this third category that we are considering here. Typically, these issues are either relatively new (in planning terms) or inconsistently addressed in the planning system.

The above example of glare from the windows of a building would fall into the ‘new’ category, since it is really in the last few years that glare concerns have become more prevalent in countries including the UK, Ireland, Australia, South Africa and more.

An example of an impact that is inconsistently addressed could be television and radio interference due to new buildings. Some planning authorities, such as Manchester in the UK, have a routine approach to such issues whereby the process and associated planning issues are somewhat standard procedure. In some parts of the country the issue is managed less consistently, with variation in the type or even existence of associated planning conditions.

The Developer’s Quandary: Belt and Braces vs. Cross for Your Own Back

The apparent dilemma here is as clear. On the one hand, a developer can take the view that all borderline issues should be approached as if they are significant issues. This has the benefit of minimising the likelihood of nasty surprises at a late stage such as a requirement for further work, a material design change or an unexpected planning condition that throws a spanner in the works. The downside is here is that this approach costs time and money from the outset that may not be necessary to spend. Furthermore, it could bring a problem to a planning authority’s attention that would otherwise be ignored.

On the other hand, a developer can take the view that borderline issues should be treated as insignificant, on the basis that:

This decision is often made based on consideration of: 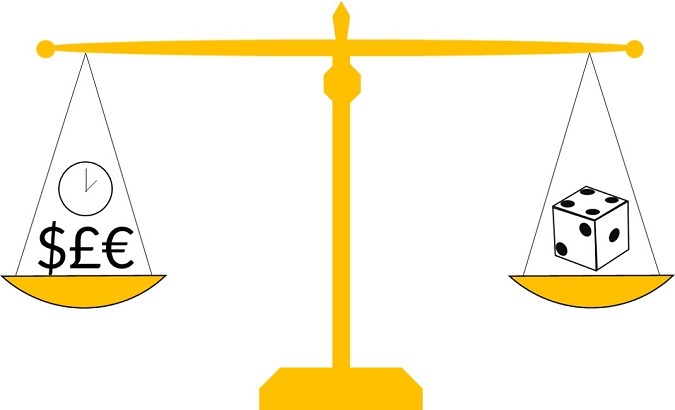 The Perils of Playing Second

There is, however, a further consideration that should factor into decisions around borderline planning issues which is often neglected.

This is the concept of leading the narrative on how the issue should be approached. Decision-makers within a planning authority, or equivalent, are in the unenviable position of having to make judgements on matters in which they cannot possibly have comprehensive expertise.

This means that they are prone to unpredictable behaviour when it comes to setting requirements for a developer. This often has the consequence of a planning authority setting overly conservative or unrealistic requirements for a borderline planning issue, particularly if there is nothing within the submission that leads them to a more informed decision. Planning authorities are generally disinclined to retract a request for a given assessment or protocol once this has been put in writing.

A common manifestation of this problem comes in the form of requests for further information, passed to developers by planning authorities ahead of a decision being made. Often such requests will come with a list of criteria that must be satisfied in order to allow the authority to make a judgement. These criteria can be onerous and include several elements that are not really necessary. However, convincing a planning authority to revise such requests is challenging and often not worth perusing. This often puts developers in a position whereby works must be progressed which are over and above what would reasonably be required by a subject matter expert. Under these circumstances, there is often significant time pressure to boot.

Another risk is that the planning authority will apply a condition pertaining to a borderline planning issue, which can also contain unnecessary elements that make it difficult or very costly to discharge. This may be due to a decision-maker being overly cautious or simply relying on a precedent condition that may not be appropriate for the application in question.

Developers will be in a stronger position if they take the lead on all potential impacts associated with their application. Expenditure, of both time and money, at an early stage will always be a constraint in the real world. At the very least, the knock-on effects of delaying investigation of an issue should be considered in their entirety.

Pager Power has been working with planners for buildings and renewables projects for many years and and assisted with planning application issues for numerous projects (see our projects page for more information). If you wish to discuss any of your existing or upcoming projects, please do not hesitate to contact the team.