Operational Commercial Solar to Become a Reality in Ireland

Operational Commercial Solar to Become a Reality in Ireland

Ireland’s first round of large-scale ground mounted commercial solar photovoltaic (PV) developments will now begin construction. For many years developers have been making their way through the planning process and gaining planning approval to then have to halt any construction plans. The wait has been due to the ongoing uncertainty regarding government subsidies. The wait however is now over, with subsidies now being allocated to renewable energy development meaning approved applications can now materialise. 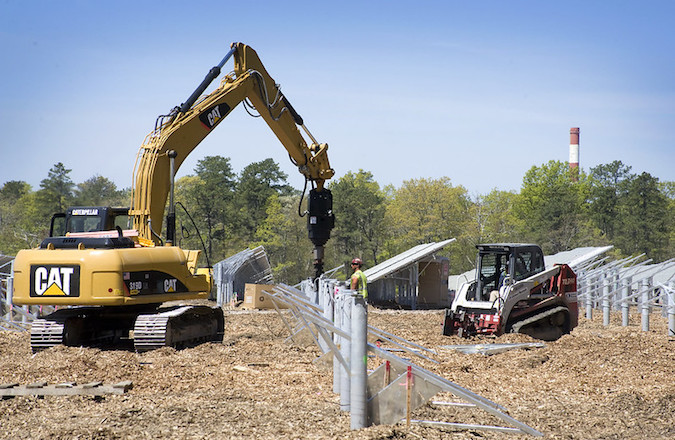 Figure 1: Construction of a solar farm.

For many years the Irish government has been promising funding, but now the first round of the Renewable Energy Support Scheme (RESS) auction has seen consented developments officially given the final financial push needed to begin construction. The RESS will provide financial support to renewable electricity projects and it is a pivotal component of the National Energy and Climate Plan which aims to achieve a target of 70% renewable electricity by 2030[1]. Auctions will decide which consented developments will receive the financial contracts, with the winners of the first round going to larger schemes.

A number of the successful solar projects Pager Power has had the pleasure of working on by providing glint and glare impact assessments. A list of some of these along with the developer is presented below[2]

Pager Power has worked on many more solar and wind developments in Ireland and hopefully these will be successful in the next round of bidding.  It is unknown when construction will begin on these projects however the second quarter of 2021 would be a reasonable assumption.

In total 114 developers applied for the contracts, with 63 solar farms, along with 19 wind farms, winning the initial bids. The remaining were unsuccessful. To ensure the funding is awarded, the developer must have in place an offer of grid connection by the end of 2022 to receive the subsidy from the RESS. A full list of the winners can be found here. Figure 1 below shows the total Offer Quantity Successful and Unsuccessful by Eligible Technology in Mega Watts (MW)[3]. 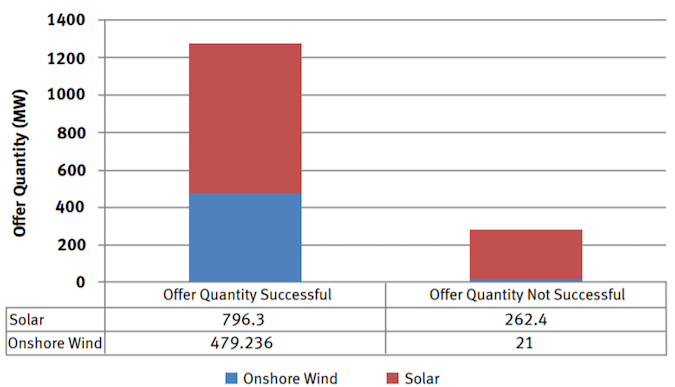 Moving forwards, the wave of construction which will inevitably sweep across Ireland will be crucial to the country’s contribution towards an EU wide renewable energy target of 32% by 2030 and to a 7% reduction per annum in overall greenhouse gas emissions from 2021 to 2030. PV technology has improved so much that four years ago, to provide the entire world’s energy requirement from solar power, would have required a total land area equivalent to Spain. Today that has been reduced to an area the size of Israel[1].

With the financial incentives now in place, the race to become the first operational ground mounted commercial solar PV development in Ireland begins.

Are Solar Tracking Panels On The Rise?