The following article presents an overview of Pager Power’s experience of developments and railway infrastructure, specifically relating to glint and glare.

A BBC news article presented here [1] highlighted the safety precautions taken by rail operators with regard to direct sunlight but reflected light, under certain conditions, can also be considered a safety concern. In the UK, in our experience, rail operators may raise an objection to solar photovoltaic (PV) developments that are within 100m of their infrastructure due to the possible safety implications caused by reflected sunlight, or glint and glare.

In detail, we have found that concerns most often relate to:

Signal lights are positioned next to the railway line to manage trains on approach towards particular sections of track. If a signal is passed when not permitted, a SPAD (Signal Passed At Danger) is issued.

A rail operator’s concerns often relate to the possibility of the solar reflections appearing to illuminate signals that are not switched on (known as a phantom aspect illusion). This illusion of a lit signal could possibly lead to a SPAD.

The definition of phantom aspect illusion is presented below:

‘Light emitted from a Signal lens assembly that has originated from an external source (usually the sun) and has been internally reflected within the Signal Head in such a way that the lens assembly gives the appearance of being lit’ [2].

A phantom aspect will only be caused when the incoming light is of an intensity that causes a light signal to appear illuminated when it is not switched on. This is a particular problem for filament bulbs with a reflective mirror incorporated into the bulb design. 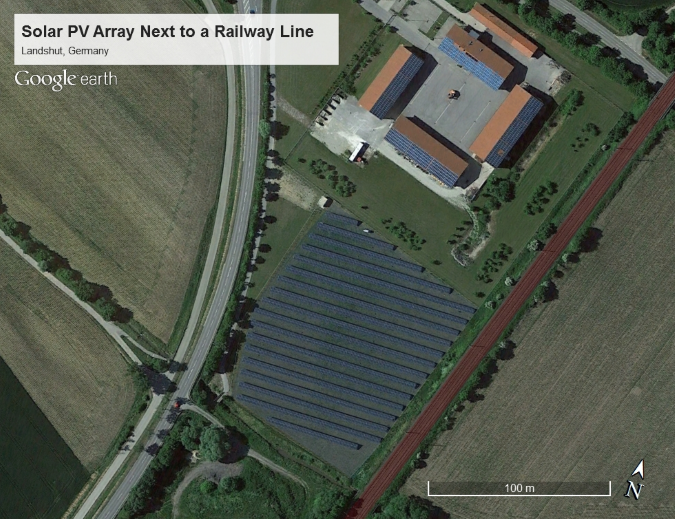 Pager Power has undertaken approximately 200 Glint and Glare Assessments, with many relating to the impact upon railway infrastructure. This includes previous experience of working with solar developers who have received an objection from Network Rail in the UK. Solar development is now due to expand greatly in other countries such as Ireland where it is possible that these type concerns will start to arise through the planning process. Objections based on the possible glint and glare effects have been removed following submission of a suitable Glint and Glare Impact Assessment.

Other Considerations – Glass Facades and Building

In the UK, Network Rail has been known to request a Glint and Glare assessment for new building developments with large glass façades immediately adjacent to railway lines. The process for this type of assessment is similar to that of a PV development however, in this instance a vertical surface reflector is considered. Pager Power has experience of overcoming these objections. 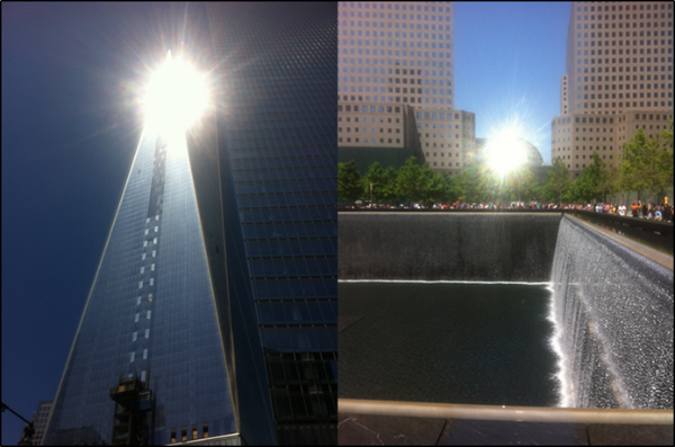 If you are proposing the development of a PV installation near to railway infrastructure, it is likely to be worthwhile consulting with the relevant railway stakeholder. Consultation at an early stage is very important so that last minute objections can be avoided.

Image accreditations: “signs from above the red light : train crossing, sacramento (2012)” by torbakhopper / CC BY 2.0 / Image cropped and resized from original.