The two terms ‘glint’ and ‘glare’ refer to the unwanted reflection of the sun’s rays by the face of a reflective surface. The terms are defined below, based on definitions given by the Federal Aviation Authority (FAA) [1] in the USA among other publications. 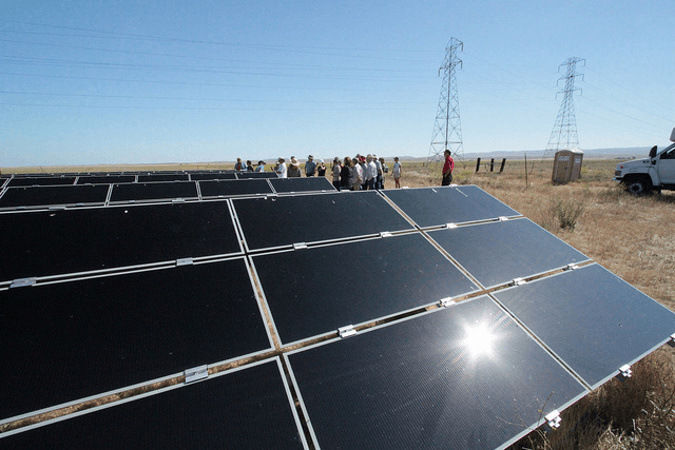 Glint is a momentary flash of light. “This may be produced as a direct reflection of the sun in the solar panel” [2].  Glint could be experienced by an observer passing a solar panel at speed, such as a motorist.

Glint effects are not restricted to just solar panels and can occur from any reflective surface including building facades. 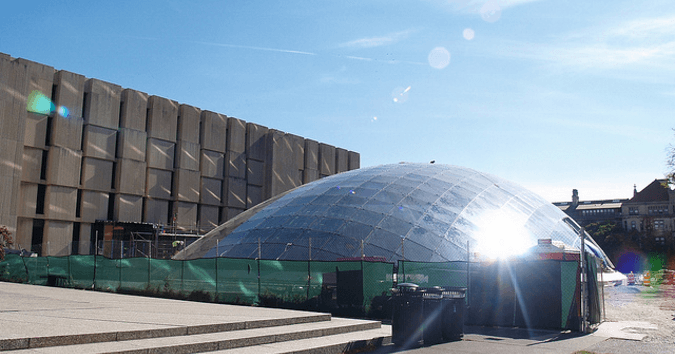 Glint from a glass building.

Glare is a continuous source of excessive brightness.  It could be experienced by a stationary observer located in the path of reflected sunlight from the face of the panel. 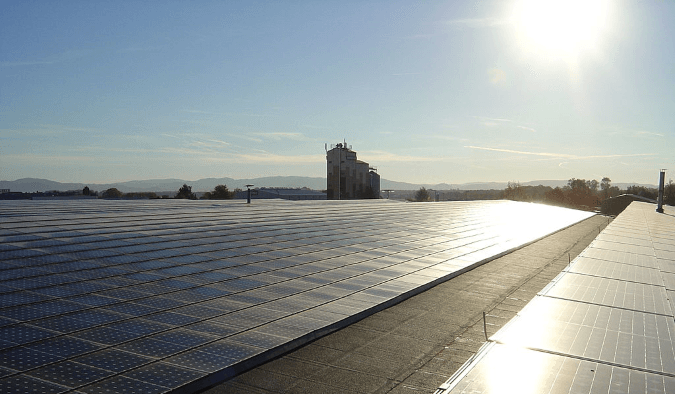 Glare can also be an issue for buildings with reflective/ glassy facades. This was recently demonstrated by the Walkie Talkie building in London. Solar glare from the Shanghai World Financial Centre has been captured in the image below. 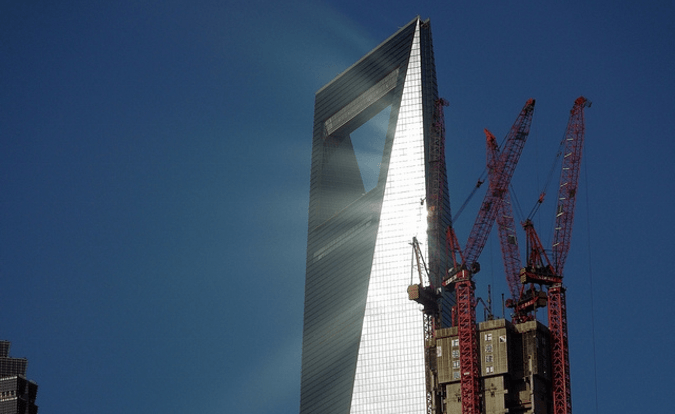 Glare from a building.

Glint and glare can cause a distraction or lead to an after-image being experienced by an observer. This can present a nuisance and, under some circumstances, a safety hazard. This is why solar developments can receive objections due to potential impacts caused by glint and glare.

Many solar developments in the UK now require a Glint and Glare assessment in order satisfy the Local Planning Authority or key stakeholders such as the Ministry of Defence (MOD) or nearby airports.

Early assessment of the potential issues and relevant mitigation measures can ensure that projects are not held up or derailed at the planning stage.

“Mansueto Library” by Barb / CCBY 2.0 / Cropped and resized from original.

“Sonnenfleck 1” by Micha Jost / CCBY 3.0 / via WikiMedia / Cropped and resized from original.

“The Bottle Opener” by Lori Branham / CCBY 2.0 / Cropped and resized from original.