These mitigation capabilities were successfully demonstrated in a UK MOD flight trial called Draconian Gates in Denmark in 2008. This led to the procurement of multiple TPS-77 radar for the UK – funded by wind farm developers[1].

The vast majority of the UK’s offshore wind farms are visible to these radar – with their effects being mitigated by the radar’s built-in capabilities. 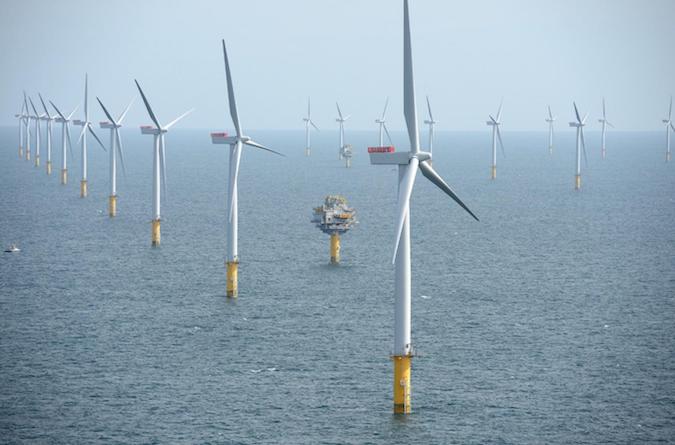 A recent empirical trial by the MOD using the TPS-77 radar at Staxton Wold has shown that the wind farm mitigation performance of the radar is unacceptable. The MOD has therefore stopped agreeing radar mitigation for wind farms that affect air defence radar. Naturally wind farm developers are very disappointed by this news. The MOD Safeguarding statement is reproduced below:

The MOD has recently conducted a trial looking at the real life impact of 2 offshore wind farms in the vicinity of the Humber Estuary on the TPS 77 radar that was situated at Remote Radar Head Staxton Wold. The trial determined that the wind farms had a detrimental effect on radar operations, specifically probability of detection and the aviation specification performance. The detrimental effect was not expected and the MOD needs to consider the findings of the trial further. As a result, the MOD must pause the receipt and assessment of any technical mitigation reports/submissions e.g. SERCO reports, relating to the TPS 77 radars and multi-turbine wind farms with immediate effect. Technical mitigation reports relating to single turbine developments will still be received and assessed by MOD.

The MOD is aware of the impact that the pause may have on wind farm projects seeking to provide mitigation for the TPS 77 radars and is working to minimise the duration of the pause. Further upgrades to the radar software are being scoped and it is hoped that this will improve the situation. An informed position to review this situation will likely be established within a 6 month time frame.

With radar performance essential to the Air Defence of the UK and Flight Safety, it is paramount that the MOD takes this pause to ensure safe operations and the continued security to the UK.  The MOD will provide an update when further information is known.

Is this Just a “Pause” or is this The End of mitigation using the TPS-77’s in-built capabilities?

Clearly the radar does have capabilities for rejecting wind farm interference – as evidenced in the 2008 trial and the agreement to mitigate hundreds of wind turbines subsequently. Lockheed Martin continue to market the TPS-77 as “Wind Farm Resilient”[2].

Wind Farms that can be technically mitigated using the radar’s in-built capabilities may not be acceptable without some other form of technical mitigation. At Pager Power the view is that the TPS-77’s in-built mitigation capabilities will continue to mitigate some wind farms – but not others.

What about Single Onshore Turbines?

The MOD statement refers specifically to multiple turbines and indicates that single turbines will still be considered and assessed normally. In our experience assessments of single wind turbines have been subject to delay as a result of this recent MOD statement.

Have an MOD Objection? Need to Learn More