As of April 2015, the UK Met Office became a statutory consultee for wind developments. Prior to this, Met Office radar concerns were raised by the Defence Infrastructure Organisation (DIO) of the Ministry of Defence (MOD).

This means that applicants must now consult the Met Office directly regarding proposed wind developments in order to understand whether there are any potential impacts.

Objections to wind development proposals from the Met Office are predominantly due to potential adverse impacts on their weather radar. Consultation is also required for additional meteorological radio sites [1]; however this is a less common issue in practice.

The main physical effects of wind turbines on weather radar are:

In terms of the actual consequences for the Met Office, the impacts of concern resulting from the above are:

The figure below shows a number of the UK Met Office safeguarded sites (imagery sourced from Google). 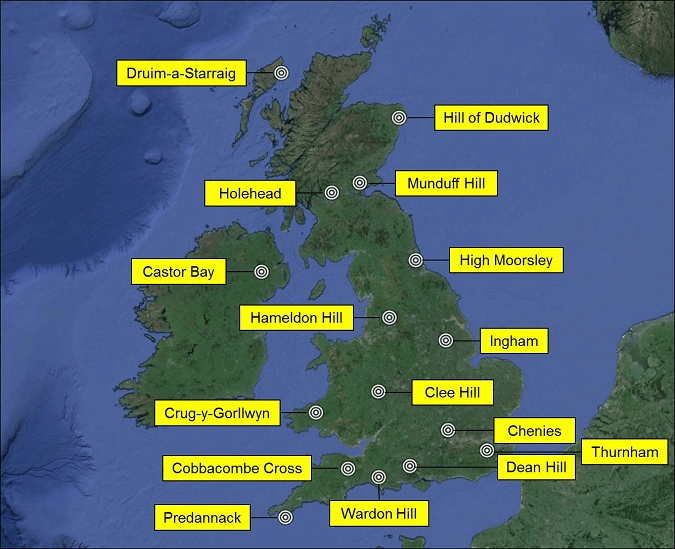 The safeguarding approach adopted by the UK Met Office has been informed by OPERA / EUMETNET [2] safeguarding criteria. These are understood to have been endorsed by the World Meteorological Organisation [3], which is a United Nations Agency. This approach is summarised in the figure below. 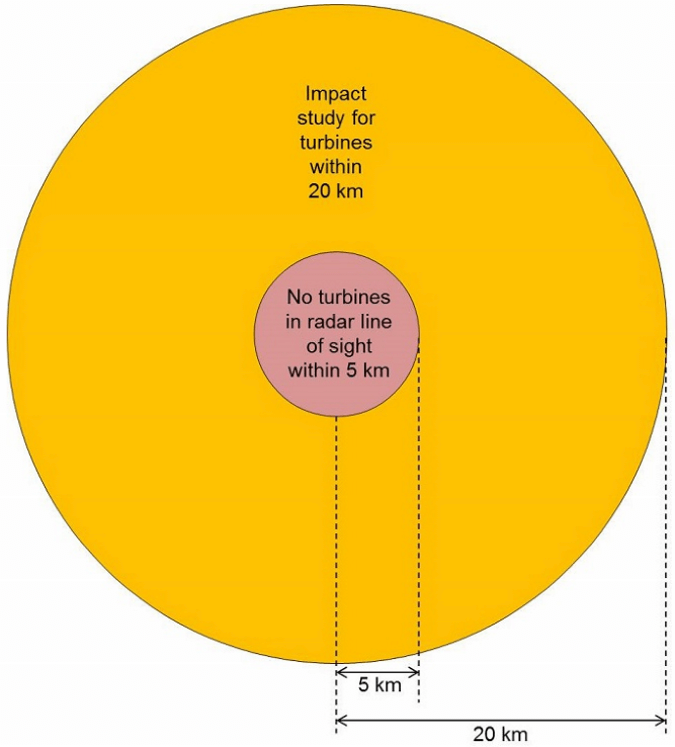 Therefore, any wind development within 20 km of a Met Radar is likely to require an assessment. It should be noted that there are other considerations, such as:

Therefore, there can be particular issues that will be highlighted following engagement / assessment. However, the initial approach for safeguarding Met Radar is more clearly defined than other radar types, including those used in aviation and/or defence.

A detailed discussion of radar mitigation is not presented in this article. However, there are steps that can be taken to minimise potential effects on Met Radar, particularly before the design freeze stage. These include:

The Met Office is a statutory consultee for wind developments, and an objection due to potential impacts on weather radar can stop a development going ahead.

The safeguarding approach for weather radar is well established, more so than other radar types.

Early engagement (pre-planning) and consideration of mitigation options before the design freeze can be the difference between a hiccup and a disaster for a proposed development.

[2]  EUMETNET OPERA. This a group of European meteorological services that produce various publications pertaining to safeguarding met radar, among other things. (Last Accessed 16/02/2016)