Following on from our recent news article regarding the consented Woodtown Farm Solar Farm, we can now reveal that the similarly located Hale Farm Solar Farm has also been consented and is currently under construction [1].

The Hale Farm Solar Farm will be located just over 300m east of the Woodtown Farm Solar Farm and is 0.6km from the threshold of runway 08 at the airport. As with the Woodtown Farm project, Bournemouth Airport was initially concerned regarding the potential impact of glint and glare upon pilots of approaching aircraft. Pager Power acted as an independent consultant to help overcome the objection from the airport by completing a solar glint and glare study for various proposed layouts.

Glint and glare is a key issue for aviation stakeholders in the UK. Bournemouth Airport’s concerns related to the possibility of solar reflection from the panels ‘blinding’ the pilots of approaching aircraft.

The initial layout was predicted to cause “unacceptable levels of solar glare to aircraft” because the solar reflections would be of intensity that would be ‘likely’ to produce a temporary after-image. This intensity of glare is deemed unacceptable based on Federal Aviation Administration (FAA) solar glint and glare guidance. The UK Civil Aviation Authority (CAA) is yet to produce detailed glint and glare guidance and therefore many aviation stakeholders in the UK adopt FAA guidance. 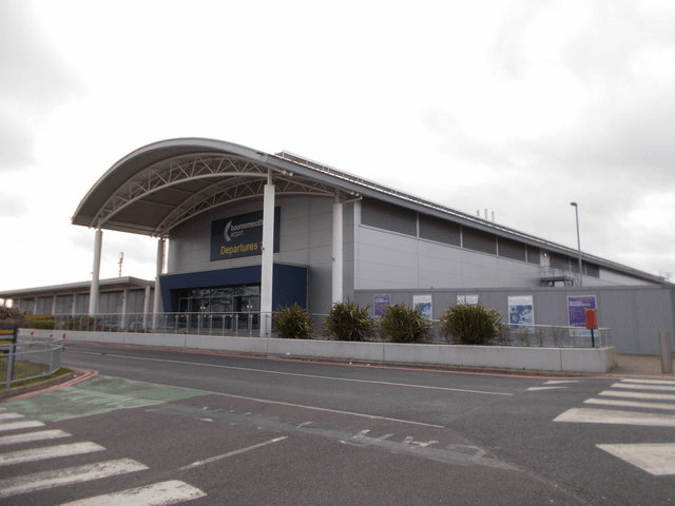 Pager Power was commissioned to investigate the effects of glint and glare by undertaking geometric solar reflection calculations. This report led to a meeting with the airport where possible ways forward were discussed. Subsequently the layout of the proposed solar farm was reviewed, revised and tested such that the intensity of any glare that could be experienced by a pilot was reduced to within acceptable limits. After a final layout was designed by the developer, Pager Power again reviewed the analysis to verify the results, which were then submitted to Bournemouth Airport.

The final layout was designed by the developer to minimise glare and to ensure the intensity of any solar reflection would not be ‘likely’ to produce a temporary after-image, as deemed unacceptable within the associated guidance.

The Hale Farm Solar Farm is now consented and due to finish construction in late March 2016. As this project showed, receiving an aviation-based glint and glare objection to a solar farm does not necessarily mean that the site is undevelopable. The first thing to do is to assess glint and glare with respect to key aviation receptors, this can include approaching aircraft, viewers in the Air Traffic Control Tower and overflying aircraft. If the results prove to be significant, then the next step is to review mitigation techniques, which can include revising the layout.

Pager Power has vast experience of glint, glare and aviation issues and to date, has undertaken over 200 assessments, which have then been submitted to planning authorities and stakeholders.

If you have any questions regarding solar glint and glare and aviation activity, please get in touch.

Image accreditation: © Copyright Chris Downer, via Geograph, and licensed for reuse under this Creative Commons Licence