Australia introduced renewable energy targets in 2001. In 2009 the target for year 2020 was set to 20% equivalent to 41’000GWh but in 2015 it was reduced to 16% (33000GWh) [1]. After four years of decline, growth rate in non-hydro renewable power capacity increased to 12% in 2016 and reached 16% in 2017 with about 10% of this from non-hydropower sources. In the same year the cumulative (small and large scale) addition of solar capacity in was 1.3GW compared to 2016 and the solar plus storage combination has become a cheaper option when compared to retail electricity grid. Overall in 2017 2’200MW of renewable energy capacity were added (small- and large-scale projects) 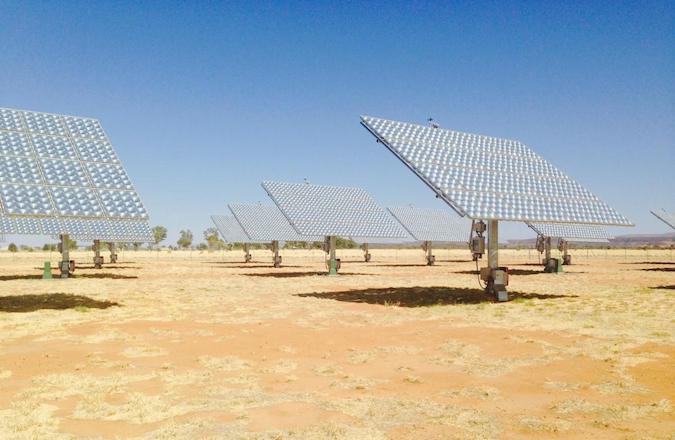 Australia is currently adopting contract for difference as a mechanism to deliver large scale projects. This type of mechanism which has the aim of reducing prices has delivered several projects across the country. Since its introduction in 2014 the cost per MWh of projects has steadily decreased while the size of plants increased significantly. For solar projects the price reduced from circa $A230 to $A85 per MWh (2016), while for wind projects from $A105 to $A80 per MWh (2016). Some of the wind developments have been delivered at lower prices. The Hornsdale Wind Farm Stage 3 price per MWh was $A73.00 [4].

One of the most interesting projects awarded was the Kondinin hybrid renewable plant which will implement both wind turbines and solar PV panels as well as battery storage. The bid has been won by Goldwind and it will be built in the state of Western Australia. The plant will have a total capacity of 170MW between solar (50MW) and wind (120MW) and implement storage. The project will start construction phase in 2019 when the final investment decision will be completed and be ready by maximum early 2022 [7].

A similar project has been already constructed: the Kennedy Energy Park project. This plant has a cumulative capacity of 58MW, 43MW wind and 15MW solar, and implements battery storage [8].

As well as the more mainstream technologies the South Australian government signed a generation project agreement for the Aurora Power Plant, a 100 MW system (8 hours; 1,100 MWh) that is scheduled for completion in 2020 [2].

Australia is also witnessing a surge in small scale projects (+0.83GW) for residential and commercial use due to both rise in price of electricity and energy security. At the end of 2017, almost 1.8 million rooftop solar PV installations were in operation, accounting for the vast majority of Australia’s cumulative capacity [2].

Despite the years of decline Australia’s renewable energy market has gain pace in the latest years this probably due to a combination of both falling prices of technology and security from blackouts. A considerable number of projects have been awarded in the latest auction and many other will be awarded in the future. Pager Power has already worked on projects in Australia, and it has a good experience in glint and glare and telecommunication interference assessments. Our expertise can help developers in assessing such issues in future projects.