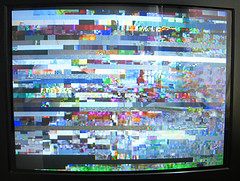 Wind developments can interfere with digital television signals in their vicinity. This issue often gives rise to planning conditions that require prompt remediation of such issues. It can also lead to local opposition to or complaints regarding a wind farm.

Various sources provide guidance on the issue, but the conclusions can be varied. One common misconception is that digital television is immune to wind farm interference. The Radiocommunications sector of the International Telecommunication Union (ITU) has published extensive material regarding the issue and how it can be modelled.

ITU-R  BT.2142-1 – The effect of the scattering of digital television signals from a wind turbine

An important document produced by the ITU in 2010 is known as “ITU-R  BT.2142-1 – The effect of the scattering of digital television signals from a wind turbine.”

The document is highly technical and considers, in detail, the approaches to modelling as well as the results of actual field surveys around an existing wind farm.

Some key points that should be borne in mind by wind farm developers are:

The resulting effects are dependent on many factors including:

The worst case scenario is when:

Video showing the effect of a rotating wind turbine on the strength of digital TV signals.

Overall, it can be seen that interference to digital television is a concern. Detailed modelling is advisable. Where necessary, this should be supported by measurements in the specific area where effects could occur. This combined approach can determine with the best possible accuracy whether there is likely to be a mitigation requirement.

There are other sources of interference with regard to digital TV interference. These include:

In cases where interference is reported, it is important to undertake the necessary modelling and consider other factors that could play a role in reported issues.

By implementing sophisticated modelling and undertaking comprehensive baseline surveys, the wind farm developer was able to issue reliable advice regarding the interference complaints that had been received. Importantly, the analysis demonstrated that the interference was not due to the turbines.

Editors Note: This post was first published on 3rd October 2014, but has been updated for accuracy and comprehensiveness.