What is Wide Area Multilateration (WAM)?

What is Wide Area Multilateration (WAM)?

Presently, surveillance of aircraft is usually achieved by means of radar. Air navigation service providers are interested in deploying alternatives to radar for various economic and technical reasons. WAM is one alternative.

WAM makes use of a signal that is broadcast by the transponder of an aircraft. The signal is picked up by a number of receivers on the ground.

Based on the time difference between the arrival of the signal at each receiver, the position of the aircraft can be calculated. The figure below illustrates the setup. 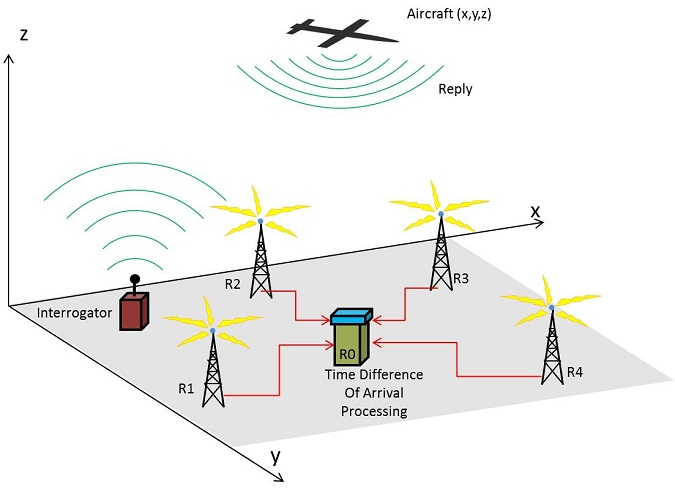 In order to calculate the position of the aircraft in 3D directly, the signal must be received by at least four antennae. It is also possible to estimate the position using just three antennae if target altitude is available from another source (such as Mode C).

Particular features of WAM that make it an advantageous are:

Issues with WAM that may make it less suitable than other surveillance systems include:

Eurocontrol have produced documents regarding the approvals process for WAM, which is extensive. The diagram below is based on one provided by Eurocontrol (Reference 2). 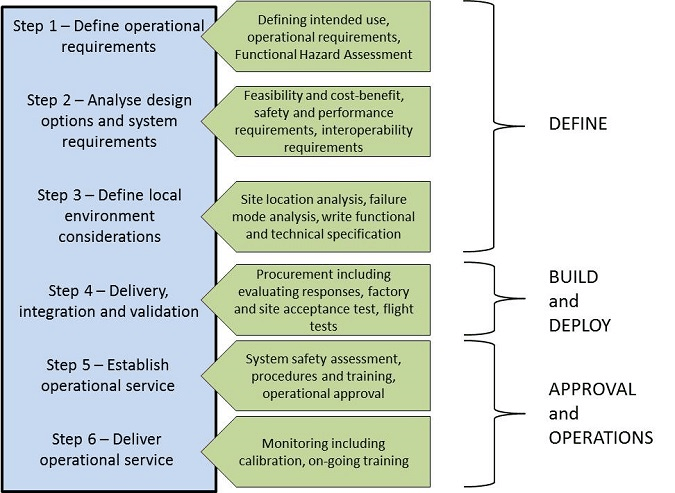 Examples of operational WAM systems include:

These systems have facilitated increased arrivals per hour and decreased separation distances between aircraft.

WAM is a proven surveillance solution that can be of great value to airports. WAM is not a perfect system and has limitations like any other surveillance equipment. It is a cooperative system and is therefore not suitable for all types of aircraft.

WAM is able to solve particular problems, for example coverage in mountainous areas, and could potentially be a good complement to other surveillance systems.