In a previous article we shared the news that the UK was intending to step up its climate commitments, where the possibility of policies being put in place and/or investment for renewable energy developers was mentioned. In this article we will explore further how the UK plans on achieving its commitments. 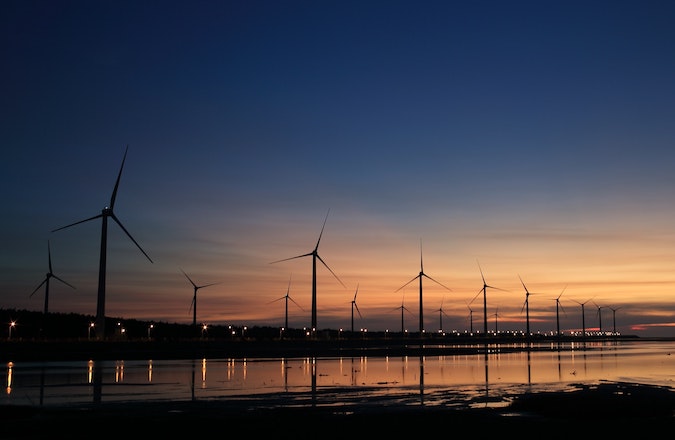 Boris Johnson announced in late April this year that the UK would aim to reduce carbon emissions by 78% before 2035. This is more ambitious than the initial target which was set in 2019 to reduce emissions by 80% by the year 2050. This would not only put the UK in a world leading position in its bid for a ‘greener’ future, but it would also aid the UK in its plans set out last year to “build back greener” since Covid-19. These plans have since been reinforced through a milestone subsidy scheme announced on 13th September 2021 as the government aims to support a record number of projects to meet its world-leading climate change targets. Clearly, the UK government is taking climate change more seriously now than ever before.

UK Energy Minister Anne-Marie Trevelyan said “The Contracts for Difference (CfD) scheme has helped the UK become a world leader in clean electricity generation and lowered prices for consumers. The new plans set out today deliver on the Prime Minister’s Ten Point Plan and will support the next generation of renewable electricity projects needed to power our homes and meet our world-leading climate change targets.”

The chief executive of the trade organisation Renewable UK, Dan McGrail, was positive that the scheme could result in private investment of over £20 billion, which would be good news for jobs and the UK supply chain in general, while also reducing energy bills. This all contributes to the UK in its attempt to meet its climate targets.

“The sector had called on government to increase the ambition for new renewable energy capacity at the upcoming auction and that is reflected in today’s announcement,” he said.

The early reactions to this announcement have been positive, but only time will tell if this new scheme is as successful as it is projected to be.

What is the CfD Scheme?

The CfD scheme is the Government’s main mechanism for supporting new low carbon electricity generation projects. Contracts are awarded in a series of auctions, with the lowest price bids being successful, which promotes efficiency and reduced costs.

How Can the Support Scheme Help the UK’s Targets to be Achieved?

According to the government digital service website, £265 million per year will be provided to businesses in the fourth round of the scheme, which intends to double the renewable electricity capacity secured in the third round and generate more than the previous three rounds combined. The additional offshore wind capacity resulting from the funding alone could power around a staggering 8 million homes.

Not only will there be £200 million funding pot for offshore windfarms, there will also be a further £55 million available to emerging renewable technologies (for example, tidal power), of which £24 million will be reserved for floating offshore wind farms for the first time in history. This will help meet the manifesto commitment to ensure the UK has 40GW of capacity by 2030, outlining how committed the government is to the development of innovative technology in the renewable energy sector.

Since the government slashed onshore windfarm subsidies in 2016, established technologies like onshore wind and solar have not been allowed to bid. This is now no longer the case. The Government is seeking up to 5GW of capacity from these technologies, with a £10 million budget. This will support investment in all parts of Great Britain.

What Next for the UK’s Climate Commitments?

The CfD scheme has boosted the success of the UK’s world-leading offshore wind industry. The offshore wind sector could support up to 60,000 jobs by 2030, as presented in the Prime Minister’s Ten Point Plan for a Green Industrial Revolution.

On the investment front, things are looking encouraging for UK renewable energy developers, however there is work still to be done. For example, the Prime Minister’s Ten Point Plan also includes funding for low-carbon hydrogen and millions of electric vehicles on British roads, and a goal to replace gas boilers by installing up to 600,000 electric heat pumps a year by 2028.