A £160m funding programme has been launched by the UK government. The funding will support the UK’s goal of delivering up to 5GW of floating offshore wind capacity in the UK by the end of the decade. It has been called the new Floating Offshore Wind Manufacturing Investment Scheme (FLOWMIS). 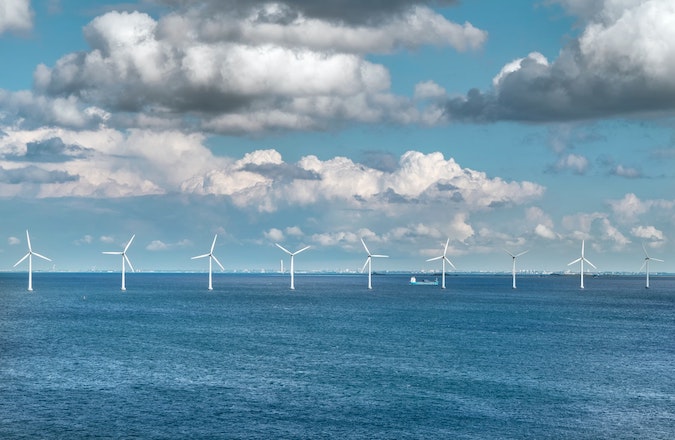 This follows the decision to expand the UK’s floating wind target to 5GW by 2030 as part of the governments wider aim to deliver up to 50GW of offshore wind capacity by the same date, as set out in the Energy Security Strategy. [1] This strategy sets out how Great Britain will accelerate homegrown power for greater energy independence. One of the reasons that the Energy Security Strategy is so important is that this will enable the UK to stop importing power from other countries. Energy importing is increasing the cost of energy, that is then put onto the consumers, who are already struggling with the rising price of living as is. The UK investing in offshore floating wind farms will help to reduce the cost put onto the consumer and it is a much greener form of energy compared to others.

Offshore wind farms are also cheaper compared to their onshore counterparts, as they don’t have a fixed base. It is also considerably windier offshore than it is onshore, so these new wind farms will capture the energy of stronger, more frequent winds out at sea, therefore producing more energy.

The UK government has appointed Tim Pick as the UK’s first offshore wind champion, a role that will see him chair the Offshore wind acceleration taskforce. The taskforce is designed to bring together companies from across the offshore wind sector, to coordinate their efforts and speed up further development across the UK. The quicker we can become more independent in regards to supplying our own energy, the quicker the consumers cost will decrease. [2] Business Secretary Kwasi Kwarteng said “Our announcement today represents another important step in our ambitious plans to accelerate offshore wind as a source of affordable, homegrown energy for the UK and drive down bills for households.”

It is vital that we create energy that is not only environmentally friendly, but affordable as well and by enhancing natures power around us, we can do exactly that. [3]