Centrica and UK hydrogen conversion technology start up, HiiROC, have secured grant funding for a 12-month trial aimed at testing hydrogen’s decarbonisation potential, at gas-fired power plants. Touted as a first for the UK, the pilot, which will launch in the second half of next year, is aimed at examining the role that hydrogen can play in producing power [1].

Centrica is set to start injecting hydrogen into a back-up gas-fired power station in Brigg, Lincolnshire [2] also known as a ‘peaker plant’. 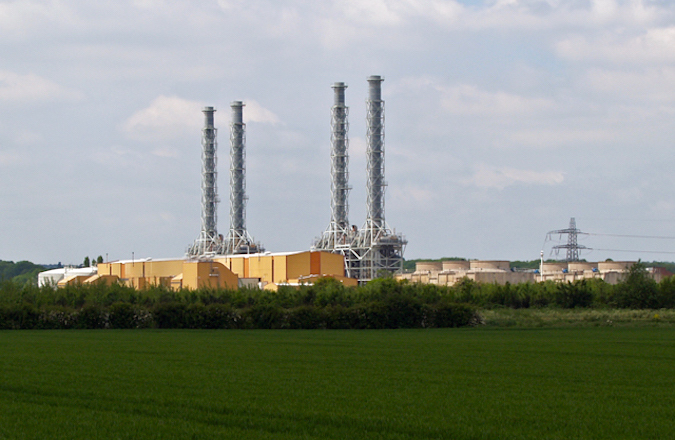 Peaking power stations generally run only when there is a high, or ‘peak’ demand for electricity. [1] The 49 MW gas-fired station at Brigg is designed to meet demand when renewable energy generation is low and usually operates for less than three hours a day.

The project is designed to test the practicalities of mixing hydrogen with natural gas at a power plant, with the aim of reducing the overall carbon intensity of the site [1]. The trial will begin in Q3 2023 when 3% hydrogen will be added to the gas mix. This will be gradually increased to 20% after the project, with the ultimate goal being 100% hydrogen in several gas-fired peaking plants.

Centrica will use HiiROC’s proprietary technology for the project, which converts biomethane or natural gas into clean hydrogen and carbon black, through a Thermal Plasma Electrolysis process [3].This results in a low carbon, or potentially negative carbon hydrogen. The carbon byproduct can be easily captured and used in applications ranging from tyres, rubbers and building materials.

Alexander Stafford MP, chair of the Hydrogen All Party Parliamentary Group, said: “This is the first time hydrogen will be used within a grid connected gas fired power plant in the UK, making this trial an important step forward towards realising the role hydrogen can play in decarbonising our energy system.” [4]