Despite the difficulties caused by the Covid-19 pandemic for businesses across the globe, the renewable energy industry significantly grew within the last year, at its fastest pace since 1999. The International Energy Agency (IEA), an intergovernmental forecaster, reported that the sudden growth in the industry is to be predicted as a standard for the near future, with predictions of similar records to those achieved in 2020. 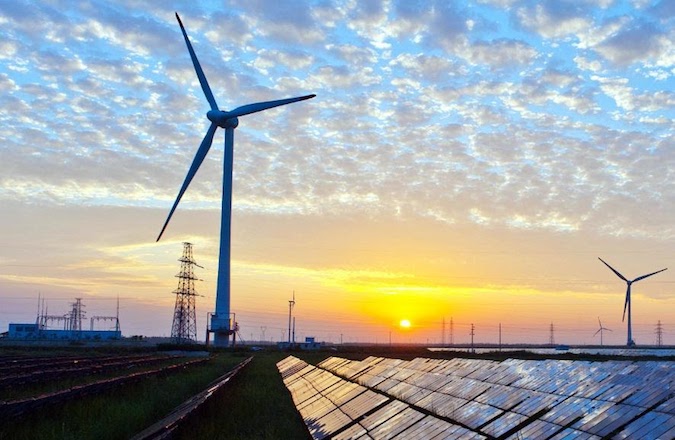 Renewable energy projects saw a 45% increase last year, adding an extra 280GW to the world supply (more than the entire energy-generation capacity of Germany) [1]. The growth was dominated by wind farms and solar power projects, with windfarms capacity alone doubling within the last year. [2] Meanwhile, solar power grew by an impressive 50% more than its growth before the pandemic. This sudden growth has in no doubt achieved due to the accelerating appeal for clean energy encouraged by the governments and organisations. Some of those organisations include:

Impact on the Energy Forecasts

The current growth within clean energy has prompted the IEA (whose mission is to make the world’s energy supply more reliable, affordable, and sustainable) to revise its current renewable energy forecasts for the coming years, by over 25% from its previous growth estimates. This impressive growth has mainly been influenced by the faster than expected expansion of renewables in China, Europe, and the United States.

China alone is accountable for over 40% of the global growth in the renewable energy market, alongside being one of the largest suppliers of the raw materials needed to make wind turbines and solar panels, including:

While China has made great contributions to making the globe greener and cleaner, China is also the world’s largest emitter of greenhouse gases, mainly due to its coal-fired power plants. The plant being used to meet the country’s rising energy demand.

The Covid-19 pandemic has had a huge impact on all operations globally, with many industries influenced far more than others, such as aviation. While flights across the globe were grounded, factories reduced production, and commuters locked down at home, the global energy demand fell by 4% in 2020. Despite this fall, one part of the world’s electricity market which continued to grow is renewable energy.

While it is prominent that the sudden rise in demand for renewable energy was partially caused by the appeal for greener energy and the pressure from the governments under the Paris Agreement, for certain countries there were other factors which prompted the move for a greener future.

America, China, and Vietnam required a sudden renewable capacity installation, ahead of government subsidies expirations. Due to such schemes, twice as much renewable energy capacity was added in the fourth quarter of 2020, than in the last three months of 2019. Most of these gains advanced to new wind and solar installations, although hydro-electric capacity also expanded markedly. China alone accounted for 80% of new solar and onshore wind installations, as developers rushed to meet a deadline requiring subsidised projects to be connected to the grid by the end of 2020. [1]

Although renewable energy has shown potential for further growth, experts warn that a “substantial gap” continues between emissions from continued fossil fuel use and the lower levels needed to meet temperature limits in the Paris Agreement on climate change by the end of the decade. [3] Fatih Birol, the head of the IEA advised that “a massive expansion of clean electricity is crucial to enable the world to reach its net-zero goals.”, and also calling on governments to build on the momentum of the past year to invest more in solar, wind and other renewables, along with bolstering their electrical grid infrastructures.

While the global energy demand fell by 4% in 2020, with businesses currently resuming operations, the demand is expected to increase since last year, driven by Asia’s economies, which were among the first to resume back from the Covid-19 pandemic. Meanwhile, the U.S. approved a large offshore wind project in May, advancing a plan to build a turbine installation some 12 nautical miles offshore from Martha’s Vineyard, Mass. The 800-megawatt project would produce enough electricity to power 400,000 homes and businesses, the Biden administration says.