The latest London policy on tall buildings within the ‘London Plan 2021’ was released earlier in March. With guidance continually changing, we have taken a look over the document with aviation and telecommunications in mind, to identify the key information you need to know when developing tall buildings in London. We also take a look over the National Planning Policy Framework to see how the two guidance documents compare and provide recommendations for developers going forward. 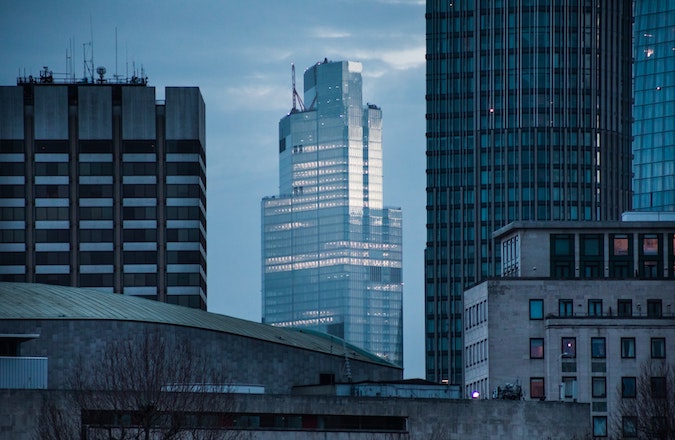 In part 1 of the review, we look over the telecommunications aspect. Next month, we will look at how aviation is covered within the policy.

The London Plan 2021 was released early in March and it details the strategy for developing the built environment in Greater London. There is very little guidance on telecommunications, however what it does say is very important for prospective developers.

Firstly, the definition of a ‘tall building’ is presented in the text below (chapter 3, page 138):

Based on local context, Development Plans should define what is considered a tall building for specific localities, the height of which will vary between and within different parts of London but should not be less than 6 storeys or 18 metres measured from ground to the floor level of the uppermost storey.

The only text relating to telecommunications systems is presented below (chapter 3, page 140).

There are a further three main points to consider alongside the guidance, which means the guidance may require further clarity and could render it open to interpretation, these are:

As an example for point 1, television could be covered under telecommunications, however it is not standard practice to mitigate impacts to terrestrial or satellite services prior to construction, nor is the consideration of these effects typically factored into the design of a building.

With respect to point 2, for television it is best practice to investigate through a technical report and site survey prior to construction. There should be an appropriate process for investigating and validating effects as well as implementing mitigation, all within a suitable time frame within a planning condition. For point-to-point infrastructure, the magnitude of impact can be more certain through technical analysis and, similar to television or even radio, this will be investigated throughout the planning process. The difference being mitigation for point-to-point infrastructure should be implemented prior to any effects occurring (see ‘mitigation’).

With respect to point 3, this is the reason television interference is not mitigated based on prior technical analysis. It is not appropriate to implement mitigation where effects may occur technically but may not be noticeable in reality. For example, a tall building may reduce the signal strength of a broadcasting transmitter in its shadow, but it may not be enough to affect the quality of the signal being received such that it is unwatchable. In many cases, these technical impacts and realisation of significant effects do not go hand in hand. Analysis is often conservative and undertaken to establish where effects are most likely to occur.

It is unlikely that mitigation through design would be the best course of action for remediation of impacts from tall buildings upon point-to-point infrastructure or television signals. Simplistically this is often because the cost of mitigation does not outweigh the cost of removing several storeys from the development. Therefore the best option will likely be technical mitigation. However, for impacts upon point-to-point links, the financial and contractual arrangements with the communication stakeholder will be in place to ensure mitigation is implemented prior to affects materialising (typically prior to construction through a planning condition). This is unlike interference to television or radio services where it is standard practice to only implement mitigation if effects materialise.

The reason for the two different approaches is mostly due to the sensitivity of the receptors, the stakeholders and the accuracy of the modelling. For instance, for point-to-point infrastructure, a developer will have to deal with a particular stakeholder who has a vested interest in maintaining their network, whether it be for safety (emergency services) or simply the commitment to maintaining signal coverage. Furthermore the modelling is more certain. For television, it is relatively straightforward to identify the likely interference area, but it is more difficult to accurately determine the magnitude of an impact due to many factors effecting whether a usable signal is received. These include the height and location of a specific aerial, the receiving equipment and even whether someone is receiving terrestrial or satellite television.

The National Planning Policy Framework[2] can be downloaded here.

The National Planning Policy Framework states that planning authorities should consider the possibility of tall buildings affecting telecommunications infrastructure. The different types of infrastructure are not specified.

There is no mention of the actions required by a planning authority to ensure potential interference from tall buildings is assessed, and therefore it is up to the individual Local Planning Authorities to establish how this is managed.

A tall building in London is typically considered to be any building over six storeys or 18m above ground level.

The London Plan 2021 states that ‘buildings, including their construction, should not interfere with telecommunications’. There is however no mention of the significance of interference i.e. is the interference experienced in reality, or whether mitigation is acceptable in terms of ensuring baseline conditions, which of course can be enforced through the planning system. There is also best practice that is followed by many developers for television interference. The term ‘should’ also adds an ambiguous nature to the guidance which lawyers could spend hours arguing over.

The National Planning Policy Framework does not specify anything particular for the development of tall buildings however it mentions under the ‘development of communications infrastructure’ that a planning authority should consider the possibility of new buildings or other structures interfering with broadcast and electronic communications services.

In many cases there is no need to design a building that has no impact upon telecommunications systems[3]. For example, considering the mechanisms for terrestrial television broadcasting and reception, there is almost no way of designing a tall building that will have no impact. What is important however, is to determine whether any interference:

All of this can be done by completing the necessary technical assessments, consulting with stakeholders and progressing mitigation, if required. This can then be managed through the planning process and enforced through a suitable planning condition.

[1]The London Plan, The Spatial Development Strategy for Greater London, March 2021.
[2]National Planning Policy Framework, Ministry of Housing, Communities and Local Government. February 2019Ministry of Housing, Communities and Local Government.
[3]There are exceptions which include aviation radio systems and others that have a much higher sensitivity or where technical or operational mitigation simply isn’t an option. This is simply meant in the context of television services and other less sensitive broadcast or point-to-point telecommunications infrastructure.

Site surveys for your projects