America’s first commercial offshore wind farm has incurred a potential extra cost of $24m after a judge ruled that General Electric had infringed on one of Siemens Gamesa’s patents for the turbines to be used for the project. 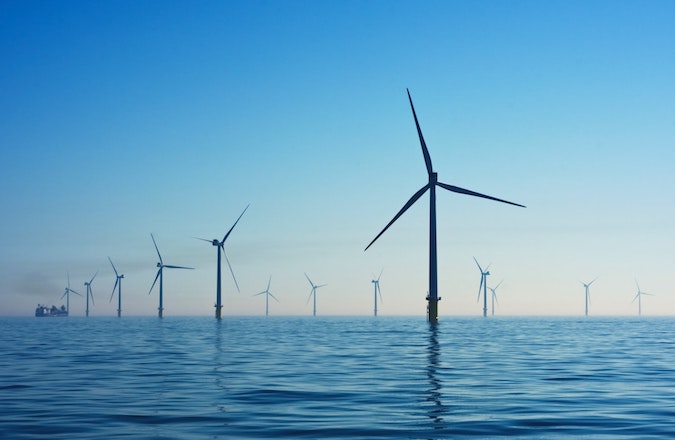 The legal battle began on 29 September 2020 [1], with Siemens Gamesa initially filing two separate claims for their patents 9,279,413 (the ‘413) and 8,575,776 (the ‘776). The ‘413 related to the structural configuration, which enabled the turbine to be scaled-up [2] and therefore able to produce more energy. The second patent, the ‘776, is related to a method for enhancing the performance by improving the operation of cooling and maintenance [2]. Jurors had found that GE’s Haliade-X wind turbine model had infringed on the ‘776.

General Electric’s flagship turbine to be used for their offshore windfarm is the Haliade-X. With a 12MW generator rating, it is labelled the world’s most powerful offshore wind turbine. At a height of 260 metres over the sea, a 220-metre rotor and 107-metre-long blades, the Haliade-X is capable of producing 67 GWh annually. That’s enough clean power for up to 16,000 household per turbine [3].

As a result of being ruled in favour, a royalty-rate of $30,000 per MW produced was awarded to Siemens Gamesa. The one-time fee is payable within 90 days of the turbine’s commissioning [4], which has the potential to reach a staggering $24m USD. Steve Dayne, Head of Offshore North America for Siemens Gamesa, has welcomed “the jury’s verdict on our patent” [5].

The demand for renewable energy continues, and this financial setback will not stop General Electric, as a spokesperson for GE commented “remain committed to the US offshore wind market” [5]. However, it could not be the end of the dispute. A hearing is scheduled 21 July, where the judge will address the issue of whether Siemens Gamesa are obliged to license the infringed technology to General Electric [4].