What’s in a name?

A ‘green’ label has become a very important thing to the energy industry in Europe.

The European Union is making moves to ensure money goes to projects that are environmentally friendly, as part of their strategy for supporting their climate goals.

An important step here the finalisation of the EU’s Sustainable Finance Taxonomy, which is due this year. The EU Taxonomy is a tool intended to help investors navigate the transition to a low-carbon economy[1]. This is achieved in part by setting performance thresholds for economic activities, among other things.

The EU’s green finance rules are intended to drive money towards green projects, in part by forcing providers of financial products to disclose which investments meet climate criteria from the end of next year.

The European Commission technical expert group has indicated that investments in nuclear power, gas coal and even some types of bioenergy should be labelled as ‘green’[2].

This has become a literal billion-dollar question. There is pressure on the EU to ensure that green projects receive money from the COVID-19 recovery fund[3]. How much is this fund worth? 750 billion Euros. Or, if anyone has a penchant for the sensationalism that is so popular these days, that is 75 trillion cents. 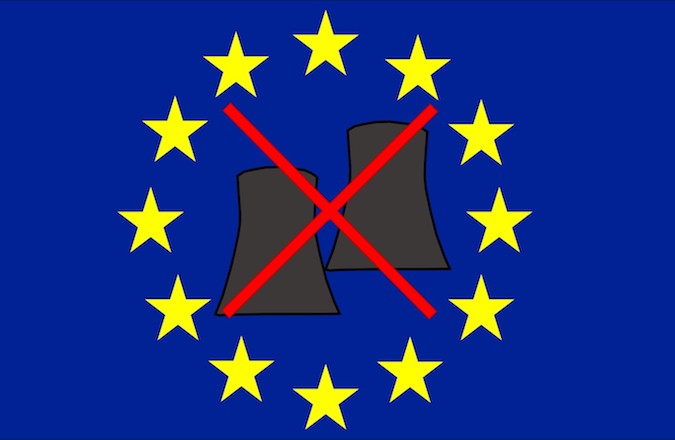 Unsurprisingly, the nuclear, oil and gas industries are keen to see some changes to the list before finalisation. This has mostly been a lobbying effort in addition to applications from the industry to be included on the panel of the upcoming EU sustainable finance platform, which is taking over as the EC’s advisor on taxonomy next month.

As it stands, the existing expert group has said gas power plants should only be labelled as sustainable if they meet emissions limits – which experts reportedly determine would be breached (source: Reuters, see Reference 3).

The International Association of Oil & Gas Producers argue that the draft report is written as though a transition can be made immediately, and that more incremental ‘transitional’ activities should be included on the list.

The EU expert group, for their part, say that their criteria are science based, one member advising:

“A lot of people still think the transition is about incremental small steps, and it’s too late for that, unfortunately”.

It remains to be seen what changes will be made, an EC spokeswoman reportedly told Reuters that they were exploring what should be included based on the expert group and feedback from the industry.

Either way, the decision is likely to be controversial. The EU maintaining its stance would be heralded by climate change activists as a victory for the planet and decried by the excluded industries as unnecessary and economically irresponsible. If the EU gives in to pressure from the industry, it will be seen by many as ‘selling out’.

Quantifying which technology is the most environmentally responsible is a more complicated task than it may appear on the surface.

Emissions themselves need to be considered at the front end, during operation and decommissioning. This should reasonably be looked at alongside the amount of generation, its reliability and to what extent it can be scaled.

The Guardian has reported that the overall emissions of nuclear plants are similar to wind and solar power and far less than coal or gas-power[4]. Similarly, Physics World has reported[5] that:

“The real truth is that no energy source is completely green. Perhaps it is more accurate to say that there are shades of green. By that measure, nuclear power is very close to the same shade of green as that of most renewables.”

Evaluation of technologies based on availability of infrastructure, cost, supply requirement etc. makes the task even more complex, and it is possible to make a logical case for numerous conflicting courses of action.

Ultimately, the decision will be a mix of scientific evidence, ideology and political pressure.

[4]Carrington, D (January 2019), Nuclear power can be green – but at a price (https://www.theguardian.com/environment/2019/jan/17/nuclear-power-can-be-green-but-at-a-price-hitachi-toshiba-wylfa), The Guardian, accessed August 2020.