Renewables on the Rise

Countries all over the world are committing to green energy in one way or another. This trend was underscored by the landmark Paris agreement in 2015 that saw almost 200 countries agree to limit global warming, with almost 150 having ratified the treaty (Reference 1).

This leads to the question – which country is the greenest of them all? The honest, but unhelpful, answer is that it depends on your definition of ‘greenest’.

For example, in absolute terms, China’s renewable capacity is significantly larger than Germany’s. However, on a ‘per capita’ basis, it is just the reverse.

Other considerations include level of investment, decommissioning of ‘conventional’ energy sources, mandatory targets and so on.

Nevertheless, an overview of some key data regarding renewable energy is presented in this article.

The charts below summarise the data by country for renewables as a whole, and separate cases for wind and solar specifically. The data is sourced from REN 21 as presented in their 2016 Global Status Report (Reference 2).
(The latest version is under peer review at the time of writing this article, the 2016 edition presents comprehensive data to the end of 2015.) 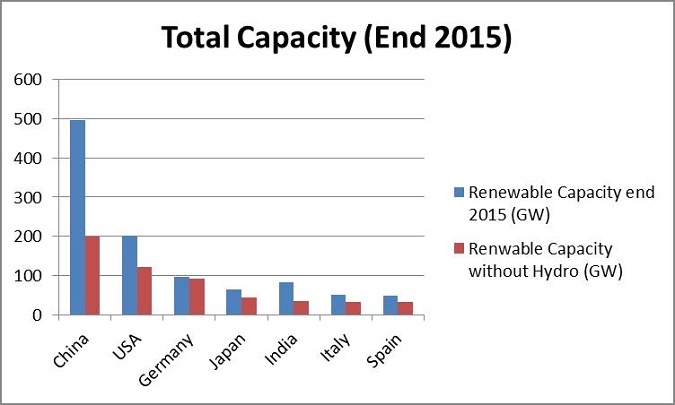 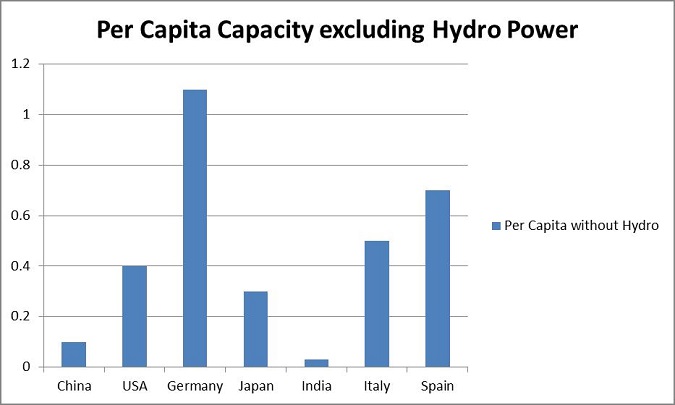 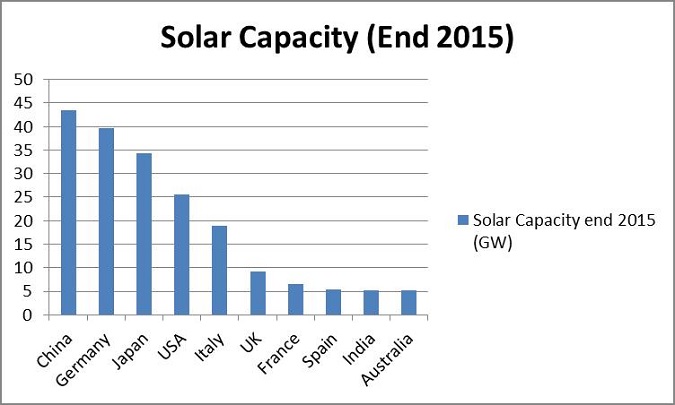 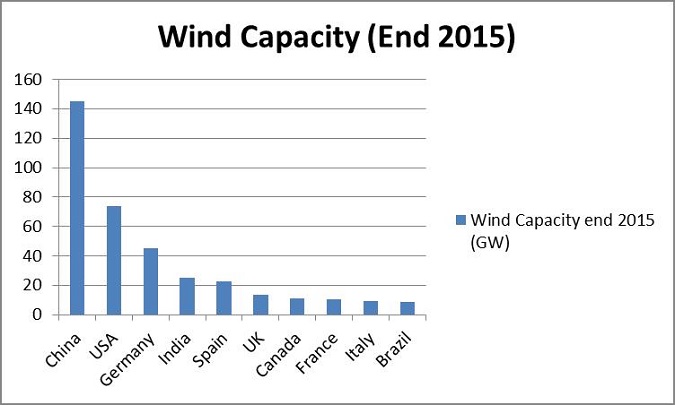 China and the USA are the leaders in absolute terms when it comes to renewable capacity. The contribution of hydro power is significant for both of these countries. Germany also stands out in two ways. The first is its impressive standing when the ‘per capita’ data are considered. The second is its position in the top three across a range of categories (total capacity, per capita capacity, solar capacity and wind capacity).

Other Ways of Thinking

It can be argued that looking simply at installed capacity is an over-simplified approach. It certainly doesn’t capture all the complexities associated with green energy. A more complex way of capturing more elements is the Environmental Performance Index – which is published by Yale University (Reference 3). The report ranks individual countries’ performance pertaining to environmental issues.

The approach considers the areas of human health and protection of ecosystems. These areas are then subdivided into nine issues areas and over twenty indicators. The figure below shows the top ten countries and their ranking within the 2016 report. The full report considers 120 countries with the lowest score being 27.66. 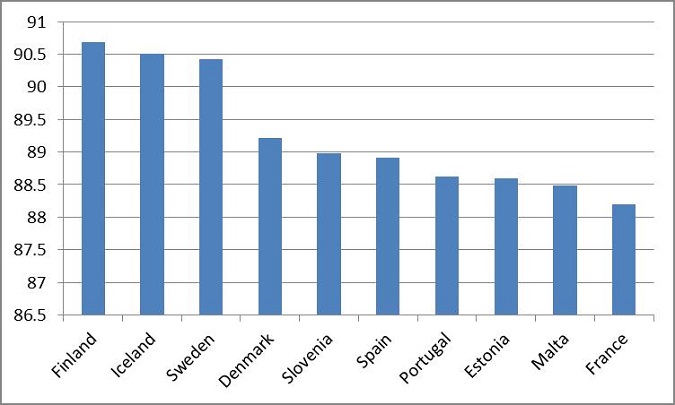 Another way of evaluating countries’ performance would be to consider the Sustainable Development Goals put forward by the United Nations (Reference 4). Goal 7 is to ‘Ensure access to affordable, reliable, sustainable and modern energy for all’.

This objective is broken down into separate targets, however the language within them is difficult to quantify. For example, the phrase “enhance international cooperation to facilitate access to clean energy research and technology” is difficult to define in an objective way.

The green energy agenda remains an important one within many individual countries and within larger collective administrations such as the European Union and the United Nations.

Despite the ongoing struggles for the industry, records continue to be broken. The year 2015 saw the largest increase to date in renewable capacity globally. The estimated share of global electricity capacity from renewables within 2015 was close to 24%.