This air defence radar is able to operate without interference from wind farms and is set to unlock significant offshore, and possibly onshore, wind farm generating capacity in the United Kingdom. The radar is understood to be affected less than other radar because of its processing capabilities and its vertical discrimination of targets. This type of radar was first trialled by the RAF in Scandinavia where the low levels of wind farm interference were first demonstrated.

This technology could result in objections to wind farms reducing in future but only where the objection relates to RAF air defence radar. RAF objections may still be raised for Air Traffic Control (ATC) and Precision Approach Radar (PAR). Some estimates suggest that over 20GW of wind is currently held up in some way because of radar issues with NATS and the Ministry of Defence (MoD) being the largest objectors.

A video about the radar: http://www.youtube.com/watch?v=w6YT7SfbZfw

(Some UK radar have already begun to be upgraded to the TPS-77 technology. These are  Trimingham (North Norfolk), Brizlee Wood (Northumberland) and Staxton Wold (North Yorkshire). Buchan and Benbecula are to follow) 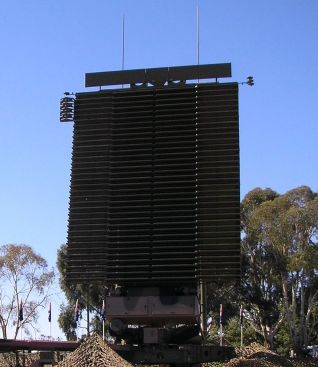