Mixed Messages on the Environment in 2020

Mixed Messages on the Environment in 2020

Environmental concerns seem more prevalent going into 2020 than ever before. Initiatives, protests and policies around green energy and the environment can be found almost anywhere you care to look. The actual steps that will be actioned in this regard are less clear. In this article we compare what’s being said and what appears to be on the horizon in a few countries around the world. 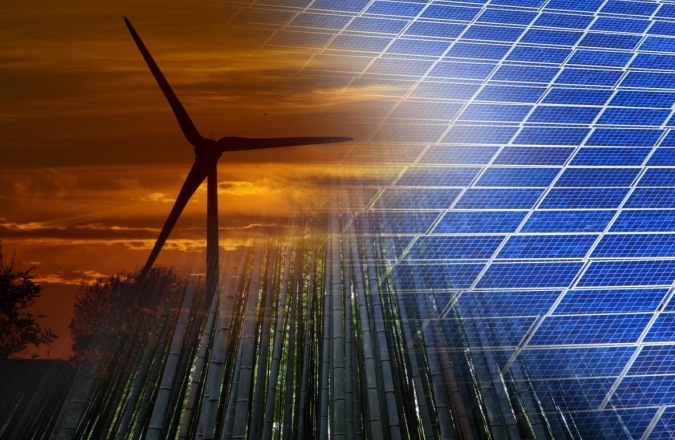 The environment is a big talking point in the UK. Poignant examples from 2019 include the Extinction Rebellion protests, now Prime Minister Boris Johnson being represented by an ice sculpture after declining to appear for a climate debate[1] and the Queen acknowledging new generations’ commitment to protecting the climate[2].

Various political parties also cited climate change considerations within their campaigns leading up to the December 2019 General Election, however the resulting government’s stance on renewables is questionable. The chances of significant progress on environmental issues seem gloomy at the moment.

However, the issue becomes murkier when considering China’s projects beyond its own border, with the country reportedly becoming the largest financer of coal plants overseas[6]. Given that climate change is truly a global problem, it seems naïve to divorce behaviour by a country inside its border with its behaviour beyond it.

Israel, like most countries, has announced measures in recent years to address environmental issues. This includes plans to scrap diesel vehicles to improve air quality, with reported figures[7] suggesting this was having early success.

The country has more recently granted approval[8] for the Leviathan gas field following lifting of an injunction granted over environmental concerns.

Germany boast a good track record with multiple renewable energy developments and ambitions environmental policies for abandoning nuclear power and reducing emissions[9]. Chancellor Angela Merkel in her New Year’s message reaffirmed her commitment to fighting climate change[10]. The speaker of Germany’s parliament, Wolfgang Schaeuble, has recently declared that Germans will have to change their lifestyles to protect the climate, citing holiday flights as a luxury to be used more sparingly in future[11].

However, Germany’s environmental credentials have been put under the microscope, due in part to the country’s economic reliance on the car industry and remaining fossil fuel sources including lignite[12]. Notwithstanding this, it can certainly be argued that Germany’s green efforts appear to be reasonably consistent[13].

Turkey has seen national protests in previous years due to environmental concerns, due in part to Istanbul’s rapid growth. A more recent controversy relates to the president’s plans to dig a canal connecting the Black Sea to the Sea of Marmara[14].

The president argues that the project itself is “environmental salvation”, protecting the country’s historic structures. Critics suggest that the project will demolish two basins providing almost a third in Istanbul’s fresh water as well as increasing salinity of other streams, damaging land and raising oxygen levels in the Black Sea itself.

Brazil has been at the forefront of environmental debate following wildfires across the Amazon. The country’s president has pledged recently[15] a zero-tolerance approach to environmental crimes. The key to this statement may be the definition of “crimes” since the recent administration’s track record with regard to environmental protections is alarmingly bad.

India is a country plagued by pollution, suffering some of the worst air quality in the world. A recent development is the Prime Minister’s proposal to waive a tax on coal[16]. Ostensibly, this is intended to improve the finances of utility companies and distribution companies in order to finance pollution-curbing technology.

However, it is also alleged that the proposals represent a win for the coal industry by making coal more competitive with cleaner options. India has also pushed back its deadline to cut emission levels.

Green energy proposals, like any other, are very dependent on funding. The stance taken by financial institutions plays a role in how quickly progress can be made.

To that end, the Bank of England Governor has recently said[17] that financial services have been too slow to cut investment in fossil fuels, waning that global warming could render worthless the assets of financial companies.

In apparent contrast to this, an economist set to join the European Central Bank (ECB) at the very start of 2020 has stated that the ECB should not favour so-called green assets in its bond buying programme or indeed its work as a bank supervisor.

The disconnect between ambitions, intentions and actions when it comes to climate protection is not new and is probably not on its way out. Something else that may be here to stay, however, is popular support for getting greener, which is something to hope for going into 2020.