Flying has a growing environmental impact with significant carbon emissions that are growing as the world flies more and further. In Sweden the Flygskam “Flight Shame” movement is increasing awareness of aviation’s impact on the environment and in the UK Plane Stupid is seeking an end to airport expansion. In this article we seek out the numbers to help inform our own travel choices. 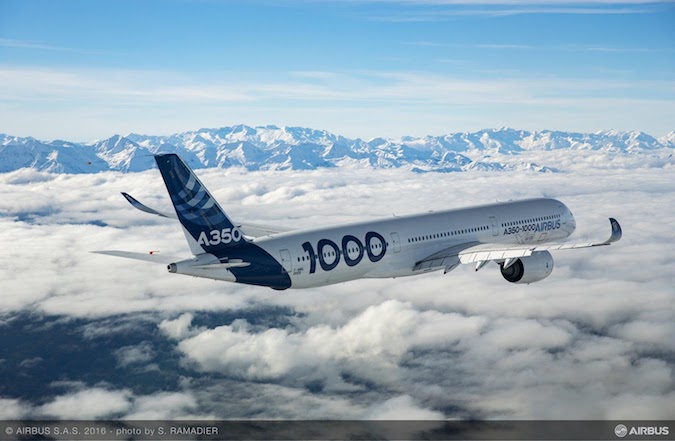 The efficiency measure used by the International Council on Clean Transportation www.theicct.org uses the measure of passenger kilometres flown per litre of aviation fuel [pax-km/L]. Transport emissions generally are measured in grammes of carbon dioxide per passenger kilometre.

How does Aviation compare with other forms of Transport?

Emissions from common forms of powered transport are compared in the table below:

The greenest option is take the coach.

How to minimise environmental impact of flying?

The following steps can be taken:

Which planes are most fuel efficient?

The most fuel efficient planes have the following characteristics:

Which Airlines are most Fuel efficient?

The table below lists 2017 airline efficiencies for transatlantic flights as measured by the ICCT. The most efficient airline (Norwegian) is shown first and the least efficient (British Airways) is shown last. 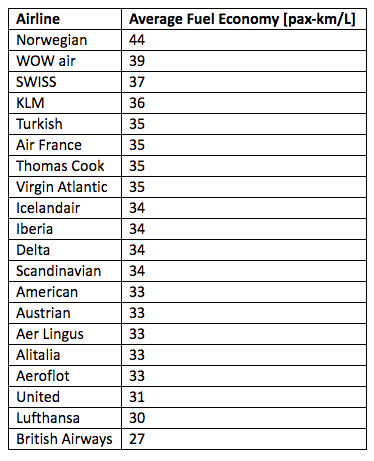