Don’t get Blown Away – Jet Blast and Wake Turbulence

Don’t get Blown Away – Jet Blast and Wake Turbulence

Aircraft cause powerful movements in the air around them which can damage buildings and structures in the vicinity of airports and airbases. Wake turbulence is caused by aircraft wings and can dislodge roof tiles. Jet blast is caused by aircraft engines and can damage aircraft and buildings. Developments on airports or beneath airport approaches can be adversely affected by these effects. 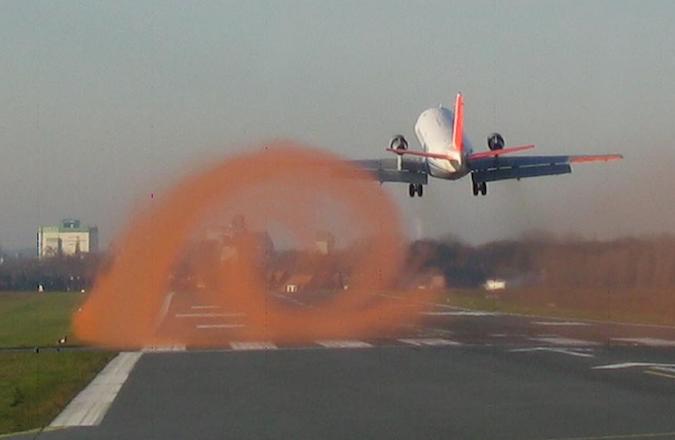 Figure 1 Wake vortices are generated at the wing tip

Wake turbulence, wake vortices and wing tip vortices are all terms used to describe the same effect. Namely that the aircraft wing generates a corkscrew like swirling of air which gradually descends downwards and outwards before dispersal.

Wake turbulence frequently causes roof tiles to be dislodged from the roofs of buildings that are beneath the final approach to airports. Typically incidents are sporadic and therefore unpredictable. The magnitude and likelihood of effects are dependent on a number of factors including:

As a general rule larger heavier aircraft are more likely to cause wake turbulence than smaller lighter ones – however wing design has an impact – which means some aircraft models such as the Boeing 757 have proportionately higher impacts than others.

Whilst wake turbulence can damage buildings it rarely has a direct impact on people.

Jet engines emit large volumes of hot gas which propel aircraft into the air. The level of blast can injure people and damage property. The more powerful the engine the greater the blast.

The level of blast is dependent on a number of factors including:

Jet blast incidents typically occur when aircraft undertake unusual manoeuvres or use excessive thrust at airports. Jet blast diminishes significantly with distance so developments significantly beyond airport perimeters are unlikely to be affected.

Typically wake turbulence effects on vulnerable roofs are mitigated by ensuring that roof tiles and other roofing components are strengthened and secured. The more secure components are the less likely they are to be affected by wake vortices generated by overflying aircraft.

Jet blast can be mitigated with jet blast fences which are placed between aircraft manoeuvring areas and areas where there is a risk of adverse jet blast effects. These fences reduce blast by weakening it and deflecting it upwards.