The ban on sale of new petrol and diesel cars has officially been confirmed to take place in 2030!

This comes after the initial announcement made in 2017; by then-environmental secretary, Michael Gove, with the initial date set of 2040. In detail, this means new cars with any kind of internal combustion engine (ICE) would be banned from sale by 2030 in the UK.

The Government confirmed enforcing the ban sooner than initially planned is necessary for the UK to achieve its target of emitting zero carbon by 2050. Alongside this, Prime Minister, Boris Johnson announced that “our green industrial revolution will be powered by the wind turbines of Scotland and the North East, propelled by the electric vehicles (EVS) made in the Midlands and advanced by the latest technologies developed in Wales, so we can look ahead to a more prosperous, greener future.” 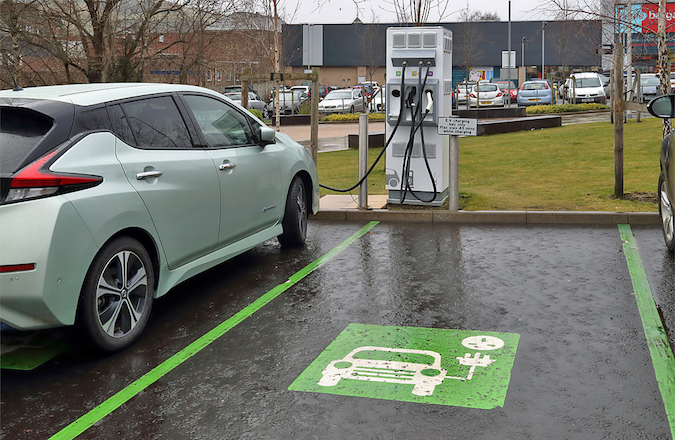 What will happen now?

Several manufacturers already committed to ending pure-ICE sale. Bentley recently announced that it will sell only electric cars from 2030, while Volvo is committed to only offering electric or plug-in hybrid models from 2025.[1]

Currently, the top cheapest electric cars available include the Smart EQ fortwo, starting from around from £17,350 and Skoda Citigo-e iV, starting from around £17,455 (both including the government grant. These are still relatively more expensive than pterol/diesel cars, as well as being far smaller and therefore potentially less particle than petrol/diesel cars available within that price range.[8]

What are the funds to support this ban?

The ban is part of the wider £12 billion ‘Green Industrial Revolution’ plan, which the Government hopes will create 250,000 jobs due to the country investing in more battery technology, carbon capture, and green energy.

To facilitate the transition from fossil-fuel cars, the investment will include:

The government has already funded one battery development centre in Coventry; the UK Battery Industrialisation Centre, set to be operational next year.[2]

Actions taken by other countries

Germany, Ireland and the Netherlands also aim to ban non-electric cars from being sold as of 2030, with France aiming for 2040. Meanwhile, Norway intends on achieving this by 2050, although around 50% of cars sold in the country are already electric.

While the news of the ban has received a relatively positive feedback, there are areas of concern, mainly surrounding the cost of electric cars. Even with the £3,000 grant that electric cars quality for, in general electric cars are still much more expensive than non-electric cars. A petition calling for the ban to be reconsidered has currently reached 6,428 signatures as of 15th December 2020.[5]

Meanwhile, the British Vehicle Rental and Leasing Association (BVRLA) welcomed the Government’s decision. The chief executive, Gerry Keaney advised that “Setting these phase-out dates is just the start of the journey, now the Government needs to create the supportive environment that will enable fleets and motorists to step up to the challenge of decarbonising road transport,” he said. “It won’t be easy, and it won’t be cheap.”

The Environmental Impact of Bitcoin