The year of 2014 saw a significant rise in the number of rooftop solar photovoltaic (PV) installations in the UK according to figures from the Department of Energy and Climate Change (DECC). In fact, government statistics state that PV panels were installed on more than 125,000 UK homes in 2014 [1]. 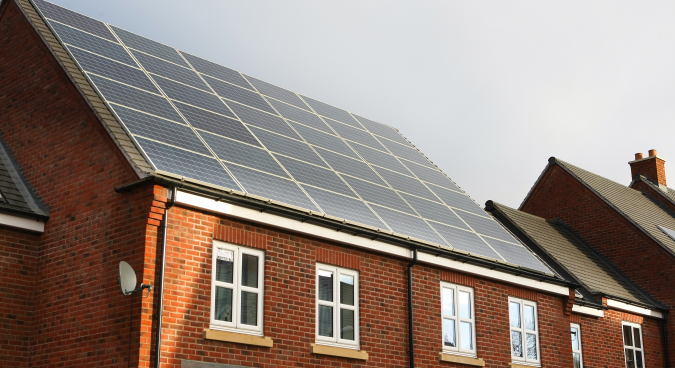 A combination of a reduction to installations costs, Feed in Tariff incentives and social pressure are likely to be the main reasons behind the significant growth in domestic solar PV installations.

Rooftop Solar and Glint and Glare

An issue that is often raised by local residents for proposed large-scale commercial solar developments is glint and glare. Commercial developments will almost certainly orientate the panels southwards at an elevation angle of between 15-35 degrees in the UK to maximize electrical generation.Domestic PV panels however can be orientated at a variety of azimuth and elevation angles due to the varying shapes and positions of a roof. This will lead to a broader variety of scenarios in which a solar reflection could occur towards surrounding receptors. Whether this is a significant issue for domestic solar however remains to be seen.