South, East or West: How should I orientate my solar panels?

South, East or West: How should I orientate my solar panels?

How should I orientate my solar panels?

The usual answer would be north–south; and this is how the vast majority of solar panels in the UK, Germany and elsewhere have been installed. However, recent news suggests that solar panels should be considered facing east-west.

Solar panels can produce solar reflections, commonly known as Glint and Glare, which can be a nuisance to residents, road users, pilots, railway drivers, Air Traffic Control (ATC) personnel at airports amongst other receptors.

We have undertaken numerous Glint and Glare assessments in the UK and all the sites were planned to have their panels facing south. In this article we have attempted to undertake a comparison for south facing panels against east and west facing panels to see how the glint and glare results could differ. Previously we’ve used a UK case, but this time we have used one of the largest Solar Parks in the world, Waldpolenz Solar Park in Saxony, eastern Germany.

Waldpolenz Solar Park is one of the largest photovoltaic (PV) developments in world. It is comprised of 700,000 solar modules covering an area of 220 hectares having a peak output of 52 MW. An aerial photograph of the site can be seen in Figure 1 below. 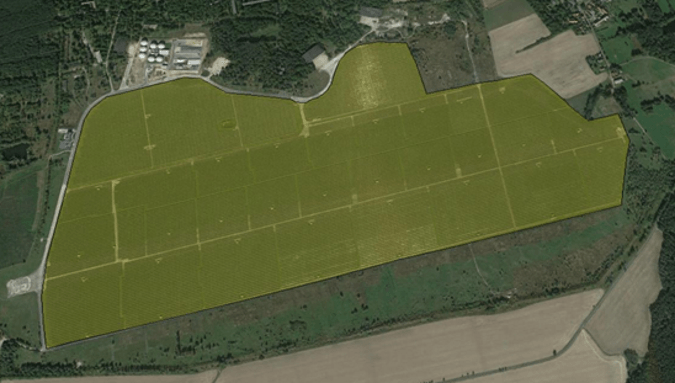 For the modelling exercise we have considered three cases:

For the analysis Pager Power’s Solar Analysis Tool has been used. The following geometric modelling parameters have been considered:

The solar panels have an average height of 1.5m above ground level and an angle of 30 degrees. 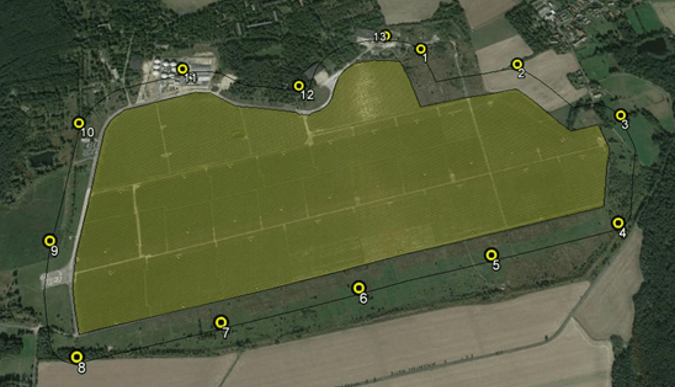 Diagrams showing results of the modelling for 4 of the 13 locations can be seen in Figures 3 – 7 below. 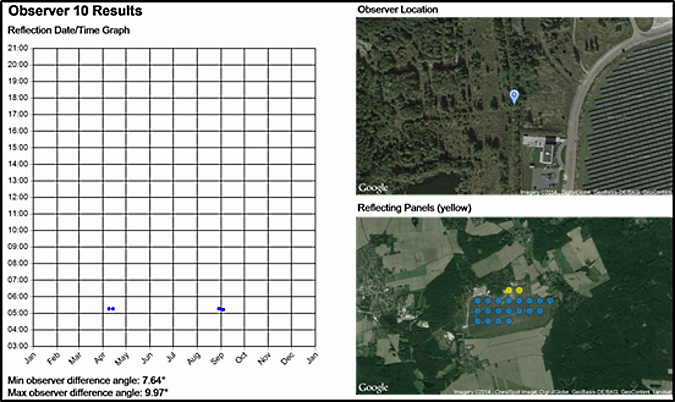 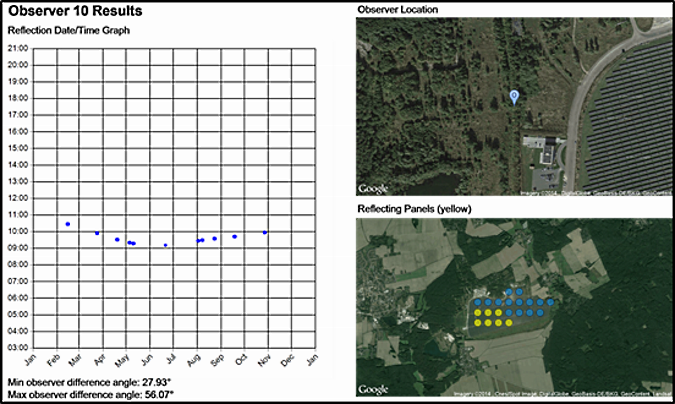 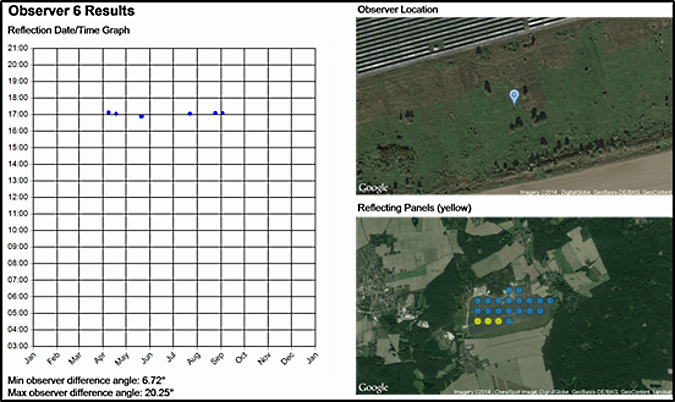 Figure 6 below shows the solar panels facing west (yellow circles) that could theoretically cause a reflection to observer/receptor 2. 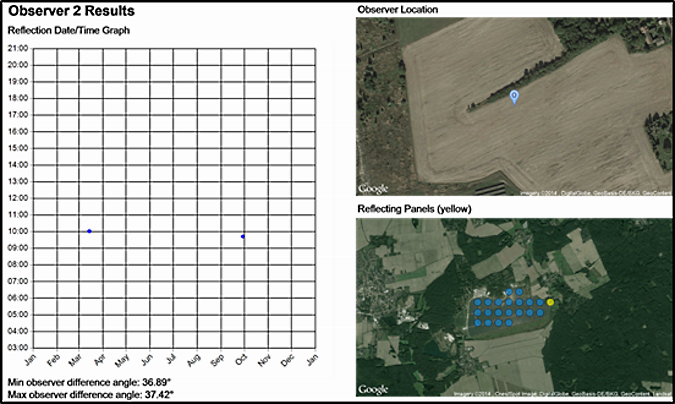 Figure 7 below shows the solar panels facing east (yellow circles) that could theoretically cause a reflection to observer/receptor 13. 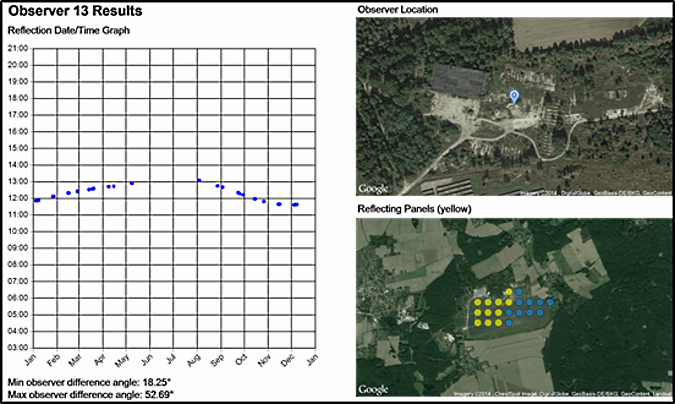 Results of the solar reflections (glint and glare) analysis are summarised in the table below:

It can be seen that:

The analysis results have indicated that overall solar panels facing east and west could result in theoretically fewer observers/receptors affected by glint and glare (solar reflections).

When adverse effects from solar panels have been predicted in terms of glint and glare, orientating the solar panels towards east or west could be considered as a potential mitigation option.