A Fresh Spin on Wind Turbines

A Fresh Spin on Wind Turbines

When someone says wind turbine, something like the turbine in the image below would come to mind for most of us. Note that the heading says ‘Horizontal-axis wind turbine’, i.e. the rotational axis is aligned horizontally. These are the oldest and most common design of wind turbines used globally. 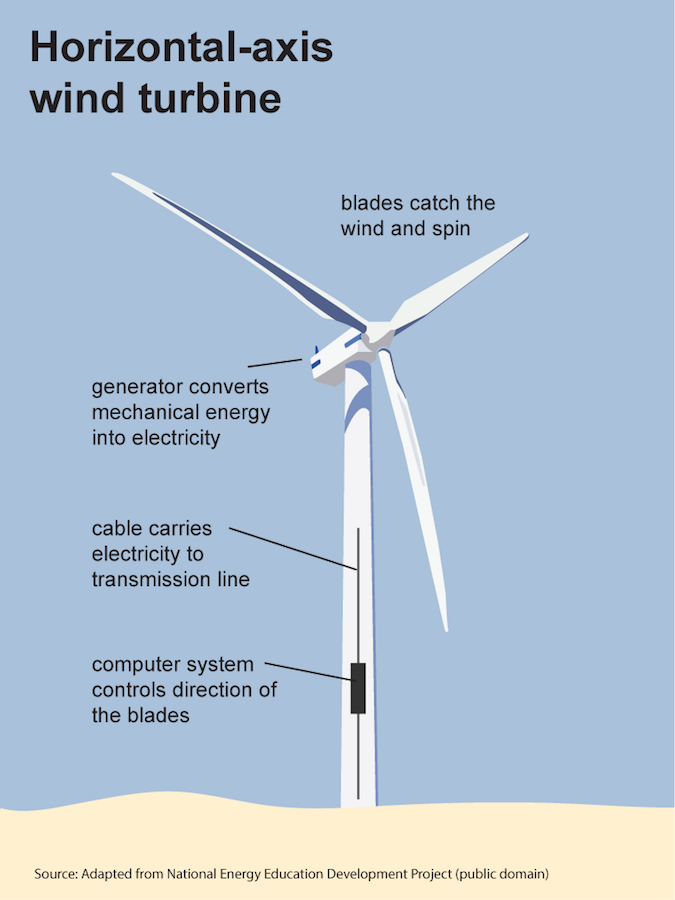 Apart from some unconventional designs that are largely still in the conceptual or development phase, vertical-axis wind turbines are the other main design used globally. Although you are less likely to have seen one of these than a horizontal-axis turbine, they are not as new a technology as you might think. They are generally less capable of producing power and therefore do not tend to be used for large-scale wind farms. However, they offer some advantages, one of the most significant being that they do not need to be pointed into the wind to work effectively. This makes them particularly useful in areas where the wind direction may vary considerably or be difficult to predict. Other advantages include the greater ease and lower carbon cost of installation and maintenance.[2]

Last year a Kent-based company called Alpha 311 showcased a new innovative design of vertical-axis wind turbine. They have a unique combination of size, material and weight, allowing them to turn very easily compared to larger turbines.

The potential applications for these turbines are very extensive. One is to tap into the vast amounts of energy produced by moving road vehicles by installing these turbines along busy roads and using the passing of cars to rotate the turbine and generate energy. With road traffic generally on the up, this is certainly an exciting idea. The company suggest housing these turbines onto existing lighting columns and initially powering the lights.[3] Eventually, they could be prevalent enough to help the UK meet its 2050 carbon neutral targets. They have been in talks with UK and US authorities to test the technology on roads. 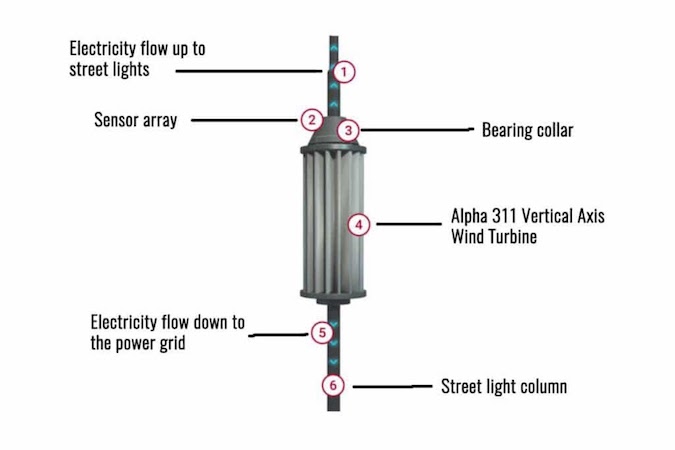 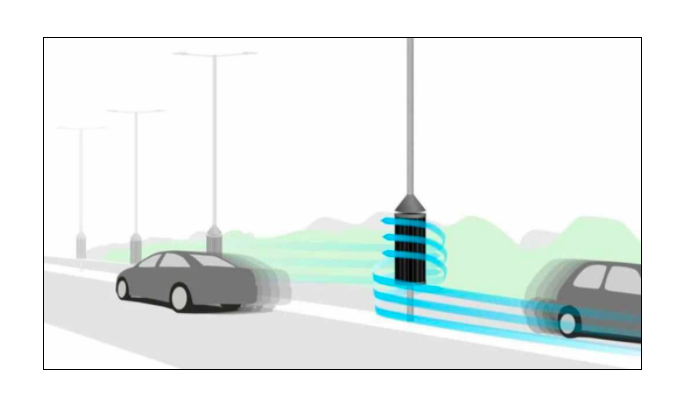 Very recently, Alpha 311 had a big breakthrough as AEG announced that they will be installing 10 of their turbines on the O2 Arena as they try to make their entertainment venues more environmentally sustainable.[4] They are the first to trial this technology globally. The turbines being installed measure 68cm, are made of lightweight recycled plastic and weigh around 4kg.[4] Alpha 311 estimate that these 10 turbines could produce up to around 87,600 kWhs of electricity per year, the equivalent of the power consumption of 23 British homes.[4] The O2 consumes quite a bit more than this, but this is just a trial and what they believe is a step in the right direction. 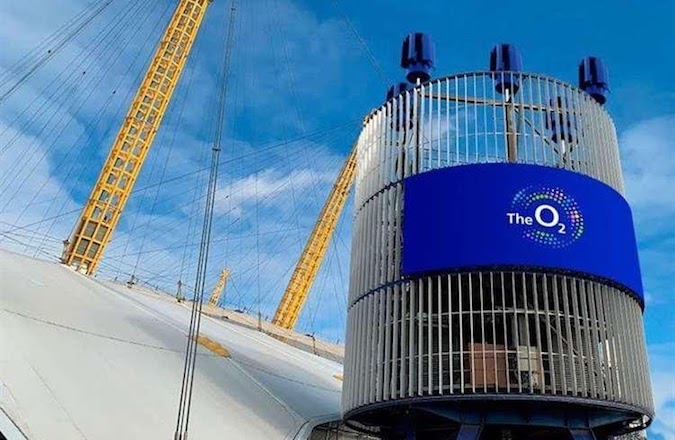 These mini wind turbines have great potential, and Alpha 311 claim to be able to build larger models that could generate as much electricity as 20 square metres of solar panels.[4] In the future, we may see these along the motorway as we drive or even along railway tracks. Looking at the bigger picture, this seems a fitting way to partly offset the emissions produced by these modes of transport (or at least using the increased road traffic for something positive). AEG plan to install more of them across its venues in the UK.[5] Considering that they are one of the world’s largest sporting and music entertainment groups, this is a big feat for Alpha 311. If this trial goes well, we may see more of these types of wind turbines in future.

WindEnergy Round Up – Hamburg 2018