How likely is that the UK is producing electricity from sunlight? If such a question was raised in other European countries it is likely that the initial response would be that the chances are low. However, the fact is that in 2014 the UK led the installation of photovoltaic (PV) Solar in Europe, finishing first ahead of Germany and within the top 10 globally.

In 2014 the UK added over 2GW of Solar PV capacity. This is more than any other country in Europe, including Germany, and most countries around the globe. The chart below shows the UK Cumulative Solar PV Capacity in MW since 2010 [1]. 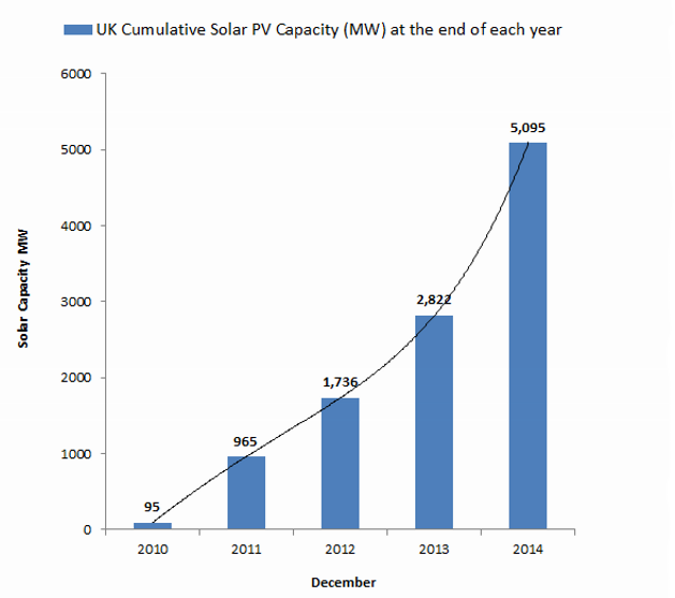 Government scenarios mention that more than 10 GWp of Solar PV could be installed in the next few years whilst the DECC have mentioned that the UK has the potential to install up to 20 GWp in the next decade [3].

In 2014, the UK was the most important Solar PV market in Europe and within the top 10 globally. The total capacity has exceeded 5GW and there is potential for significant GW growth in the next few years.