We are very pleased to welcome Abdul Wadud to our growing Pager Power technical team; Abdul joined us on 17th June and has settled in seamlessly.  He recently finished studying a degree in Mechanical Engineering at City, University of London, and has joined the company as a Technical Analyst. 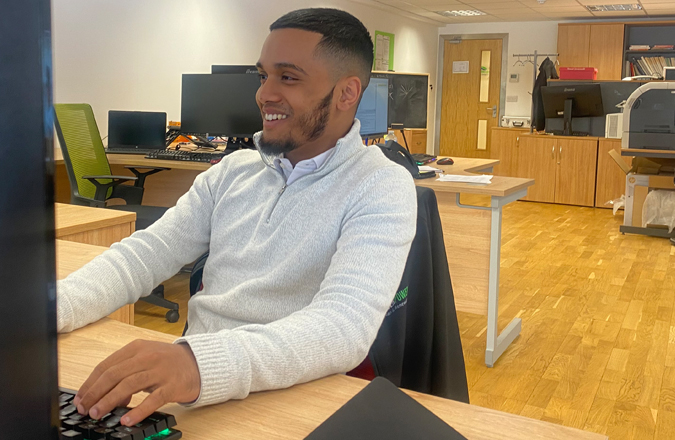 As well as studying Mechanical Engineering, Abdul has demonstrated a strong technical capability in his pre-degree qualifications; his degree work and also at his interview with Pager Power. Before that, Abdul completed his A-Levels in Maths, Further Maths, and Physics. Outside his academic career Abdul has worked as a structural analyst and is an avid sportsman.

Pager Power undertakes Glint and Glare Assessments, Aviation Impact Assessments, and a variety of other technical work. Its customers include developers of wind farms, large scale solar PV and other large structures – particularly near airports.

Pager Power is growing consistently as it expands its business and as renewable energy development grows in the United Kingdom and worldwide. Abdul will augment the existing team of five technical analysts who report to Operations Director, Danny Scrivener.

As a new Technical Analyst, Abdul will start with some in-house training, leading on to undertaking some simpler technical assessments with the support of his colleagues. Since joining the company, Abdul has already undertaken Glint and Glare assessments pertaining to impacts upon road safety, residential amenity, and aviation activity; in particular Abdul has completed work for Exeter Airport and Dublin Airport. He will also start to write articles for the company website as well as starting to review reports written by his colleagues.

We think Abdul will be well suited to this role due to his excellent background of technical skills and his ability to work well with his colleagues and communicate effectively.  We are pleased to welcome Abdul on board.