Could a skyscraper in the Swiss mountain village of Vals become Europe’s tallest building? The proposed 381m (1,250 feet) tower, designed by Architect Thom Mayne, would overtake London’s Shard (309m) and Moscow’s Federation Tower (373.7m) if the proposed designs were realised.

The controversial plans for the luxury hotel came about as part of a competition process, with this design becoming the eventual winner.

The skyscraper is to be built in the village of Vals, situated approximately 4,000ft above sea level and home to approximately 1,000 people [1]. The development will have 80 single room storeys designed to let light pass through each floor with the overall footprint of the building being relatively small, measuring 50ft by 100ft.

The overall design idea is to reduce the visible physical presence to onlookers whilst also allowing 360-degree panoramic views. The image below shows the proposed tower. 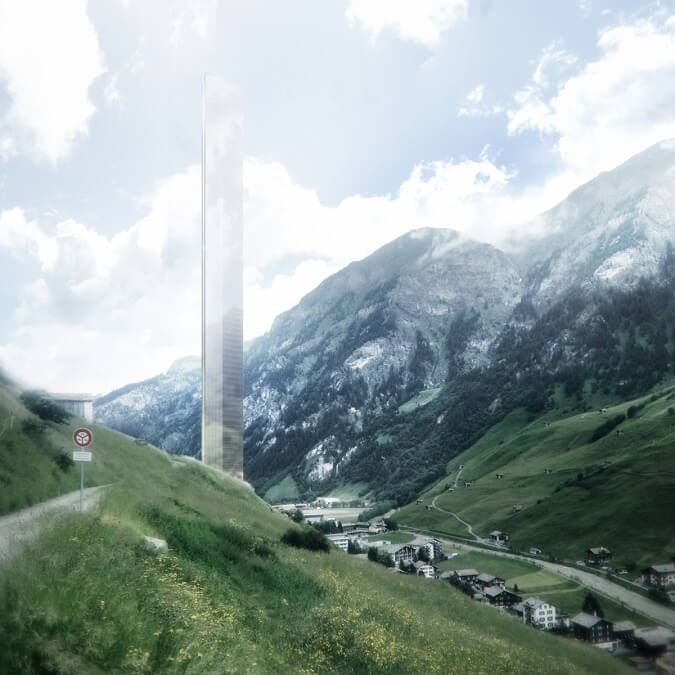 There is no doubt that the proposed tower would be a first of its kind with respect to its location in the surrounding mountainous environment and in stark contrast to the local architecture. It remains to be seen, however, whether the skyscraper will be built because the plans still need to be put local planning authorities who have the final decision on granting planning permission.