The development comprised four separate towers of varying heights. Whilst tall buildings are already present in the surrounding area, the proposal would be taller than all those surrounding it.

Large physical structures such as high-rise buildings must be carefully managed in order to ensure aviation safety. One aspect is the risk of a collision, which must be minimised. There are other, more subtle, considerations such as potential impacts on Instrument Flight Procedures and effects on radio navigation aids.

The main parties that needed to be satisfied were:

The aviation stakeholders have a responsibility to ensure that risks to aviation safety are minimised. Therefore, concerns are often raised when high-rise buildings are proposed until the developer has fully demonstrated that aviation safety will be maintained.

Pager Power’s role was to comprehensively assess all aviation safety aspects of the development, ensure any required mitigation steps were taken and provide a robust safety case that allowed the development to proceed.

The issues to be addressed were identified based on:

Specific steps that were required for this development were:

The results of each assessment were made available to the developer and to the relevant stakeholders.

It was demonstrated that:

The aviation lighting scheme was designed by Pager Power. It was accepted by the developer and the stakeholders. The technical assessments were provided in report format and were designed to address safety case requirements – as determined by national standards and close engagement with the aviation stakeholders.

The aviation objections were lifted and the development was able to proceed.

Two new regulations came into effect in the Republic of Ireland on the 5th of October 2022, providing information regarding exemptions to planning for rooftop solar developments in the ROI. Learn more: https://bit.ly/3X69hax #solar #rooftopsolar #RupublicofIreland #solarplanning 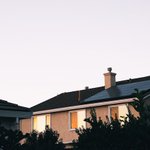 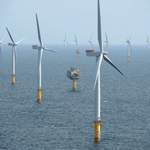 A panel of experts, backed by the United Nations (UN), at the American Meteorological Society’s (AMS) annual meeting, concluded that the #ozonelayer is on track to recover with the global phaseout of ozone-depleting chemicals. Learn more: https://bit.ly/3WoHq51 #climatechange 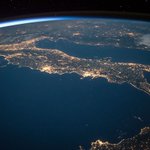