What is the DECC Aviation Plan for Wind Turbines?

The UK Department for Energy and Climate Change (DECC) has produced a document [1] regarding the continued development of wind turbines within the UK, where aviation constraints are significant. The purpose of the document is to:

…develop and enable the implementation of mitigation measures to reduce the impacts of wind turbines on radar and aviation to acceptable levels, whilst taking all necessary steps to protect the safety of civilian and military air operations.

The governing structures listed within the document are: 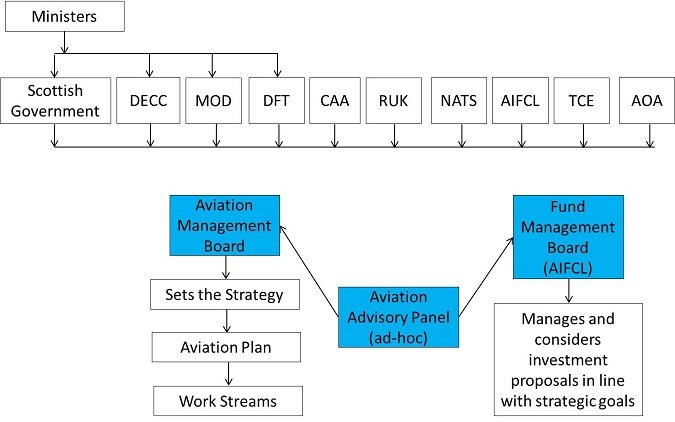 The document gives a summary of the biggest aviation issues facing wind developments in the UK. The key points are set out below.

The DECC document acknowledges that while progress has been made there is no single mitigation solution that addresses all aviation issues. It specifically mentions the challenges relating to air traffic control primary surveillance radar. Trials were undertaken in the summer of 2013 by the MOD to evaluate a number of solutions. The report states that:

‘…whilst more than one technology showed an improvement over the baseline performance of MOD’s unmodified ATC radar, none fully met MOD’s assessment criteria.’

The MOD proposes continuing the process by taking the recommendations of the technology assessment forward (the report does not disclose what these recommendations were) subject to wind industry funding.

The DECC document goes on to mention the upcoming Spectrum Release programme (more can be read about this here). The plan is to release 500 MHz of spectrum from public infrastructure use by 2020. One of the benefits of this release is the potential to develop a strategic approach to wind farm mitigation.

The DECC has set out a work stream for the various tasks going forward, followed by proposed milestones. The entire schedule is not reproduced here, however the task owners and a brief overview of their responsibilities is given below.

The DECC report acknowledges that progress has been made, but challenges remain. The next steps largely relate to conducting further research and trials relating to issues and solutions that are already on the wind energy scene.

The important players have commitments to tasks designed to lead to solutions. However, a revolutionary step forward for mitigation remains elusive.

Image accreditation: Replica of the flowchart given in Annex A on p13 of The Aviation Plan: 2015 Update, DECC.