In an article we published earlier this year, we discussed the boom in solar photovoltaic (PV) deployment in India, specifically regarding large commercial schemes. This article provides an update on the Indian solar PV industry as a whole with information regarding our experience within the Indian market.

India is becoming a major player within international solar PV development. Cochin Airport in Kerala was the first airport in the world to become self-sufficient using its own solar scheme adjacent to the airport to meet 100% of its energy needs. Whilst in 2015, the collaboration between Vikram Solar and Arka Renewable Energy College led to installation of India’s first floating solar plant as part of a trial project[1].

The government has set further ambitious targets for 2017-2018, with the aim to have 20GW installed by March 2018. This target will reach the Jawaharlal Nehru National Solar Mission (JNNSM) objective two years in advance of its original deadline (2020). The next target, set by Prime Minister Narendra Modi, is very ambitious. The aim is to have a total cumulative installed solar PV capacity of 100GW by 2022. This target will require rapid deployment of solar PV across the country in the coming years[2].

Having recently completed Glint and Glare Assessments for solar PV developments located on or near to airports in India, we wanted to take a look at the wider picture, looking at airports throughout India and locations where a glint and glare assessment may be required.

The DCGA is the regulatory body in the field of Civil Aviation primarily dealing with safety issues. It is responsible for regulation of air transport services to/from/within India and for enforcement of civil air regulations, air safety and airworthiness standards[4].

Figure 1 below shows the general location of aerodromes in Indian (red circles). 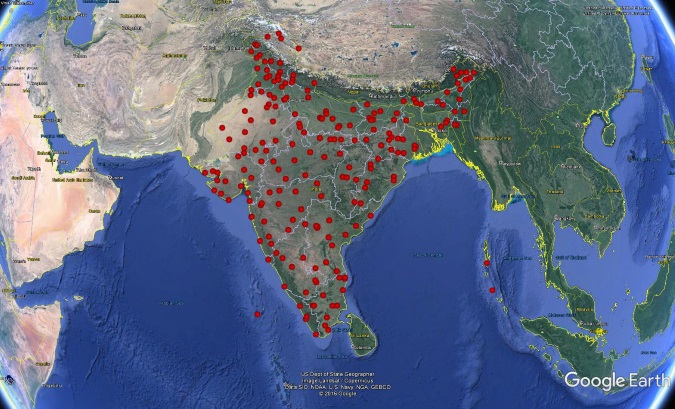 Figure 1: Location of aerodromes in India

The figure shows a large number of aerodromes located all over the country.

India is targeting vast deployment of solar PV over the coming years, with the target of increasing its capacity eight-fold by 2022. One of the main concerns should be the effects of glint and glare, especially when the solar panels are to be located on or near to aerodromes. Figure 1 shows there are a large number of aerodromes throughout the country and therefore it is inevitable that a number of solar PV developments will be located in their vicinity. In these scenarios, it is important to assess and consider the effects of glint and glare to ensure that Indian airports maintain high safety standards.