Solar panels harness energy from the sun. There is a large magnitude of solar energy available on Earth, potentially making solar panels one of the more effective solutions to the global environmental crisis. The International Energy Agency anticipated in their 2014 Technology Roadmap that solar power would become the world’s largest source of electricity by 2050[1].

But as with any energy source, solar power has its disadvantages. Being reliant on sunlight means that it is a very weather-dependent system, and in this period of climate change, it is directly affected by one of the symptoms of the very thing the world is trying to alleviate. Solar panels can still work during cloudy and rainy days, of course, but not at the same efficiency as on a clear sunny day. Another major downside is the redundance of panels from sunset to sunrise. These are both factors that are out of our control. Solar developers can take steps to make the most of the sunlight, for example, designing panels to be set up as efficiently as possible and using tracking systems, but these limitations will always be there. Well, on Earth at least. 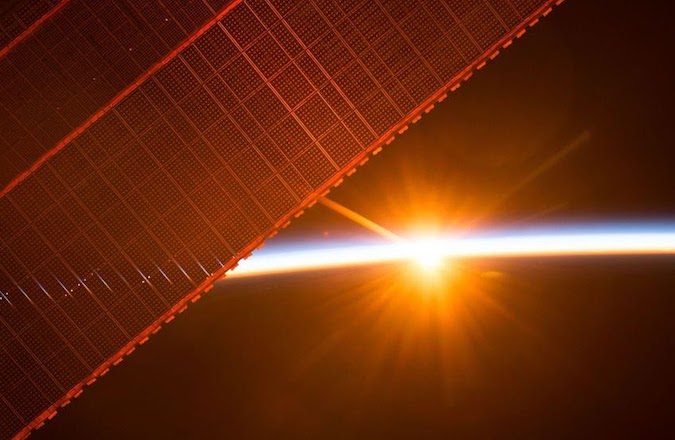 Elon Musk once said, ‘In order for us to have a future that’s exciting and inspiring, it has to be one where we’re a space-bearing civilisation’[2]. Sure, he might be talking about something completely different (humans habiting Mars), but the reality is that a potential by-product of companies like SpaceX being born is outer space becoming more accessible for other technologies. In space, there is a possibility of accessing sunlight at all times of day, unaffected by climate. The energy could be transmitted back to Earth in microwave form and then converted into electricity. A giant solar farm in space may sound absurd but let’s look at the facts.

In November 2020, the UK Government commissioned the Fraser-Nash consultancy to conduct an independent study into space-based solar power[3]. That’s right; it already has its own acronym. In 2017, researchers at the California Institute of Technology put forward designs for a modular space-based power station comprising of thousands of ultralight solar cell tiles[4]. They also demonstrated a prototype tile weighing just 280g per square metre, similar to the weight of card. At the University of Liverpool, researchers are exploring how to embed solar cells on sail structures to create large-scale, fuel-free power stations in space[5]. 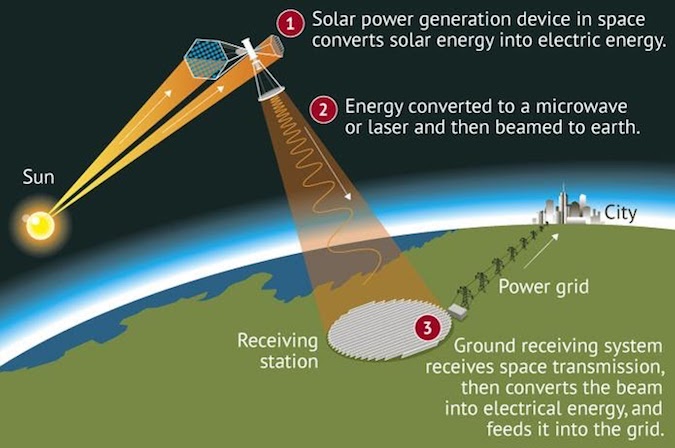 It is clear that this is all conceptual at this stage, and it may never happen. Up until now, it has been a dream, held back by the massive cost and logistics of sending several tonnes of material into space. With more efficient rockets, lighter materials, and 3D printing coming into play, maybe things can change. After all, efficiency is about making the maximum use of the available resources, and perhaps it is time to think beyond the limitations of the Earth in the search for environmental sustainability.